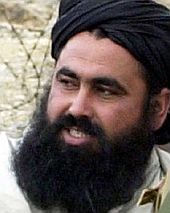 Speaking at a function organised the Pakistani community in London, Gilani said he has confirm reports that Mehsud had assassinated Bhutto.

He said Islamabad wants cordial relationship with New Delhi for which resumption of peace talks was very necessary.

'For the elimination of terrorism, regional cooperation was vital,' The Daily Times quoted Gilani, as saying.

Pak now says no Baloch dossier was given to India