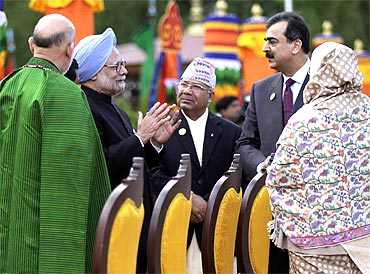 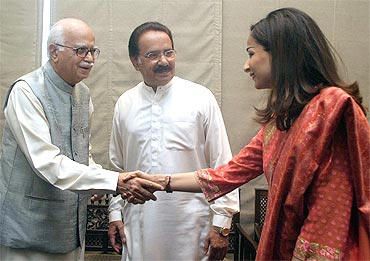 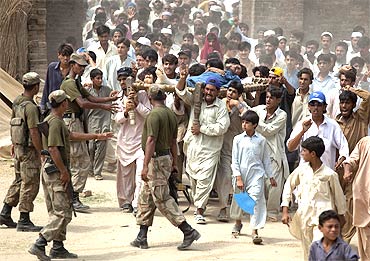 Image: Soldiers try to control a mob of internally displaced men at a camp in Swat
Photographs: Adrees Latif/Reuters 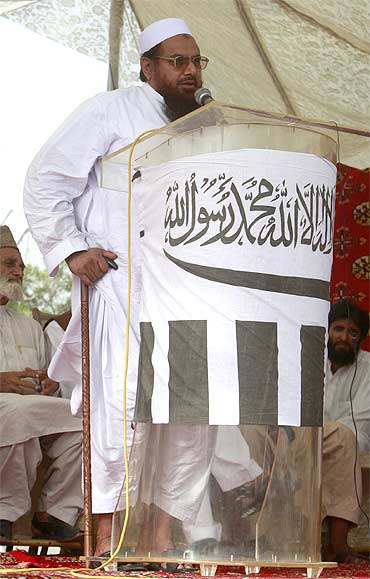 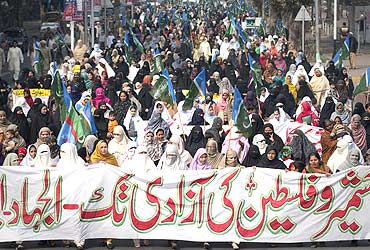