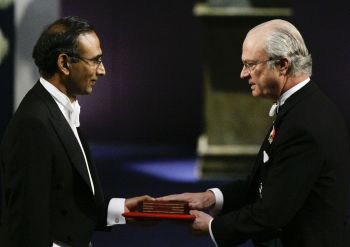 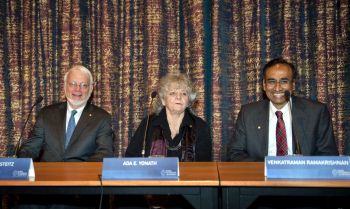 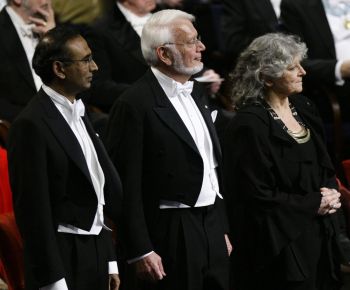 Image: (From left) Dr Ramakrishnan of UK, Steitz of the US and Yonath of Israel at the awards ceremony
Photographs: Peter Andrews /Reuters

Yonath is a professor of structural biology at the Weizmann Institute of Science in Rehovot, Israel, and the ninth Israeli to win a Nobel Prize.
More
Print this
article
ALSO
READ
MOST
RECENT