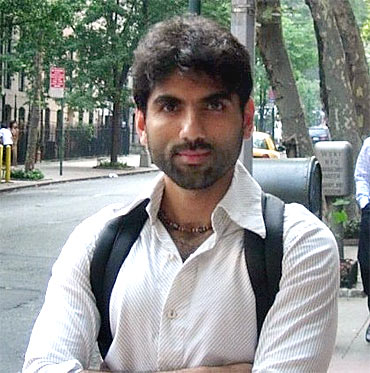 Years ago when Mumbai resident Vivek Gilani, 34, had voted for the first time, he did not have enough information about the candidate he voted for.

Gilani realised that it was not just he, but most of the educated and intelligent people he knew were casting votes without knowing their candidate's virtues or lack of it.

Though he did cast his first vote in ignorance, he resolved to change the way people voted.

"I rued the fact that I had not made an informed decision when I had cast my vote for the first time. I had absolutely no knowledge about the candidates," said Gilani.

What started in 2004 as a one-man initiative to collate newspapers articles of the candidates on a website (external link) is now a citizen's movement and boasts of over a lakh followers.

Incidentally, Mumbai Votes is now a subject of in-depth study to be undertaken by Harvard University under the banner of Technology for Transparency Network.

This is a global endeavour supported by the Georg Soros Foundation that aims to map and evaluate technology projects that promote transparency, accountability and civic engagement. Off the 37 initiative profiled Mumbai Votes is among the handful that has been shortlisted for the study. 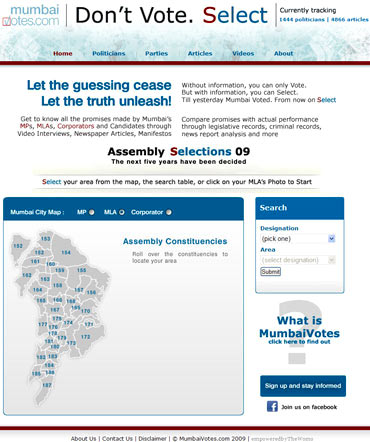 It all started in 2004 when Gilani was in New York working as an environmental engineer specialising in water and waste water consultancy. Creating the website had been on his to-do-list for over five years, however it was the atmosphere in New York that made him overcome his inertia.

"New Yorkers are truly a unique lot. They are very vocal and effortlessly galvanise on issues that are civic and global as well. It was New York which inspired me to take up this project," said Gilani.

He recalls that initially the website was a rudimentary with just online newspapers articles informing about the candidates.

In 2008, when he eyed covering the elections, Mumbai Votes had been transformed that had been visited by hundreds of people and majority of them were from his circle of contacts, said Gilani. 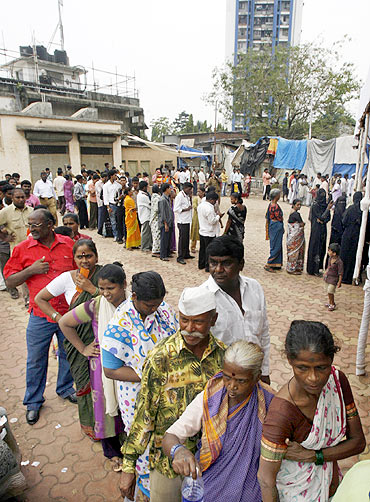 Image: People queue to cast their votes during the Maharashtra state elections in Mumbai in October 2009
Photographs: Punit Paranjpe/Reuters

He realised he could not do the election coverage single handedly and took the help of the Mumbai University's mass media department. About 15 students enlisted for researching newspaper articles of candidates dating back to 2004 as part of their internship.

"We wanted Mumbai Votes to be credible and to do so the analysis had to be inscrutable and objective," said Gilani.

Guided by Thakur and Dr Uttara Sahasrabuddhe from the Mumbai University's department of civics and politics, a sound scientific methodology was developed for analysing the data on the candidates.

Although everything was in place, Mumbai Votes still needed more support in terms of manpower and funds. Just 15 students working on news articles was not enough. 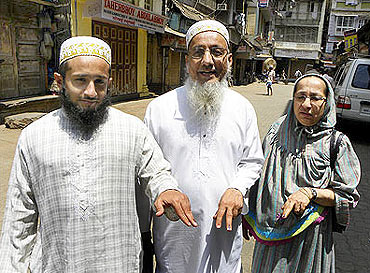 Ironically, Mumbai Votes got its major boost after the 26/11 terror attack when Mumbaiites were galvanised for change in the political scenario.

KC College too allowed its students to work as researchers for Mumbai Votes.  With more manpower and funds coming in, Gilani was able to proceed with his dream of better research.

"With the funds pouring in, we were able to provide modest stipends for students, procure laptops, cameras, stationary and hire full time staff for data entry and translation for six months," said Gilani.

The need for an office was not felt as most researchers and members contributed to Mumbai Votes as a part time job.

Old and new articles, all the promises made and candidates' criminal charges were researched and analysed for the voters to access at the click of a mouse.

Gilani says the analysis of candidates' profiles is objective.

"We only categorised the promises on basis of its constitutional validity and refrained from judging its merit. The fact that all the good and bad about a candidate is being documented and accessible to the voters for eternity is an effective tool for bringing in accountability in our political system," said Gilani. 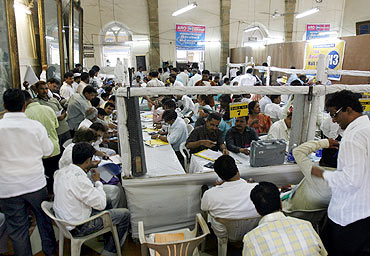 Image: A view of a vote counting room in south Mumbai on May 16, 2009
Photographs: Punit Paranjpe/Reuters

Gradually as the scars of the Mumbai terrorist attacks healed, the citizen's initial fervour for change also diminished in its intensity and so did the support and funds for the website.

Buoyed by the success of Mumbai Votes, a Bengaluru-based organisation plans to launch a smaller version of the website.

Organisations in Netherlands, Columbia and France have also shown interest in the initiative.

"Model of Mumbai Votes could be replicated easily. We are open to sharing the template with people who want to launch similar initiatives in other places. The spirit of true democracy can be experienced only when the people make informed decisions when they cast their votes," said Gilani.
More
Print this
article
ALSO
READ
MOST
RECENT