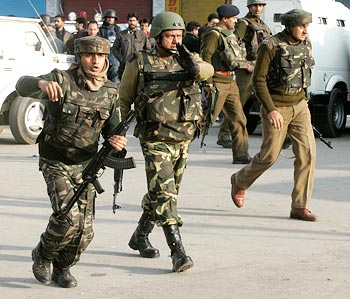 The 20-hour gunfight between militants and security forces came to an end on Thursday when the forces gunned down the two militants holed up in a hotel at Lal Chowk in Srinagar. 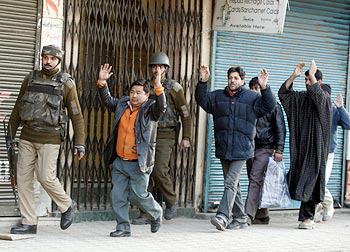 Earlier, the forces gained control over the ground and first floor of the hotel and continued the fierce gunfight with the holed up militants.

A CRPF trooper as well as a civilian, who was being evacuated from the hotel, was injured during the encounter.

'The operation is over from our end' 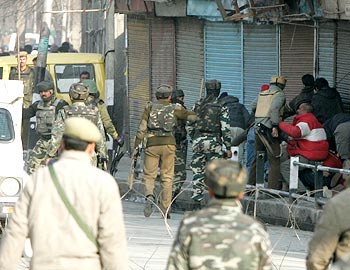 A fire also broke out at the hotel, and the police evacuated over a dozen people from adjacent buildings. Several fire tenders have reached the area.

"The operation is over from our end. We still have to clear the area and sanitise the hotel," said a senior official. 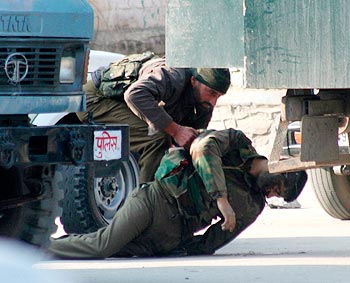 The attack began on Wednesday afternoon, after two fidayeen militants hurled grenades and started firing from their automatic weapons at a CRPF camp and a passing police vehicle, at Lal Chowk.

Two persons including a policeman were killed in the attack and eight civilians and a CRPF trooper were wounded.