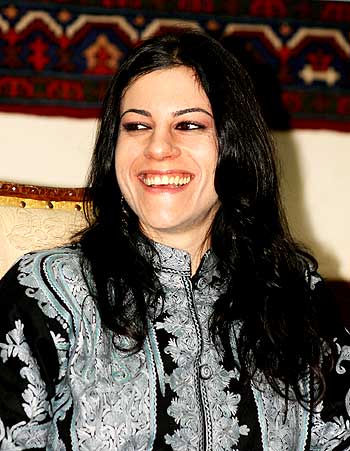 American singer Terra Naomi performed in Srinagar on Monday evening to create awareness about the adverse effects of climate change on Kashmir.

Her performance coincides with the Copenhagen World Summit, where the leaders of developing and developed countries will meet to hammer out an agreement to tackle the disastrous effects of climate change.

As Terra sang her hit song 'say it's possible' and strummed her guitar, the enthusiastic audience responded by singing along with her and cheering.

She sings to tackle climate change 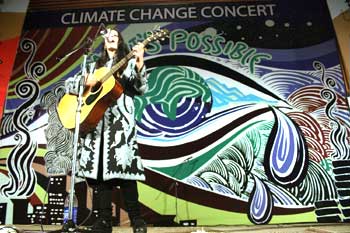 The message Terra delivered was clearly received by the audience, comprising mostly of youths from the valley, and her concern for an environmentally safe future was echoed by them.

The American pop star's performance near the Dal Lake in Srinagar is significant as the lake, once hailed as the ecological lung of the city, is dying a gradual death because of pollution, encroachments and apathy.

The state government's efforts to revive the lake, located in the heart of Srinagar, have not yielded any notable results so far. 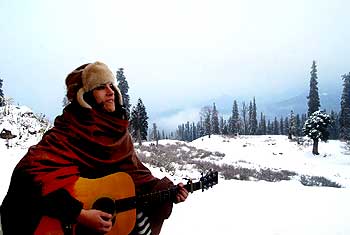 Terra also visited the popular tourist destination of Gulmarg on Sunday, where she performed at Kangdoori heights at nearly 11,000 ft above the sea level, while braving a snowfall.

Terra decided to visit Kashmir because the stark consequences of climate change can be witnessed in this region. She also promised to write a song for Kashmir after she returns to the US.

Naomi, who traveled all the way to Srinagar on the invitation of local non-governmental organisation Mercy Corps, strongly advocated that the Copenhagen Summit on climate change focus its attention on Kashmir, where the adverse effects of this phenomenon were clearly visible.