Men behind the milestone 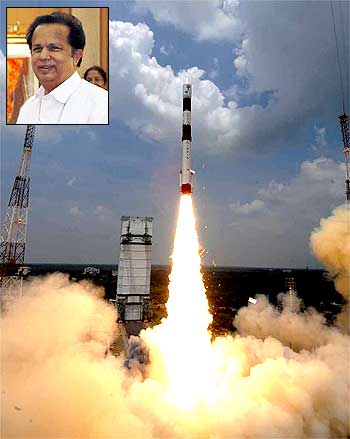 The successful launch of seven satellites by the Indian Space Research Organisation on Wednesday has placed India among the best in the field of space research. Behind the success story of the launch is a team that has been silently working for five long years.

Even as the world was still reacting to the abruptly ended, but highly successful, moon mission Chandrayaan-I, scientists at ISRO had begun working on their next mission: the 16th launch of the Polar Satellite Launch Vehicle-C14 that launched into space the Oceansat and six other nano satellites. 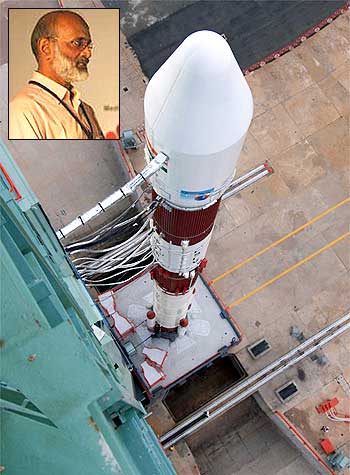 George Koshy is the mission director for the PSLV-C14 project.

The 58-year-old scientist, whose passion was basketball before he became a rocket scientist, is an alumnus from the Indian Institute of Technology-Bombay.

Koshy was the project director for the historic Chandrayaan-I mission. The PSLV-C-14 is his fourth major mission.

After joining ISRO in 1972 he has worked in various departments like fabrication, tool design, the SLV project and most importantly the development of the PSLV separation systems -- ISRO's success mantra.

Koshy's first major achievement was ISRO's launch of an Israeli satellite in 2008. He was part of the team that sent up a cluster of 10 satellites in April 2008. 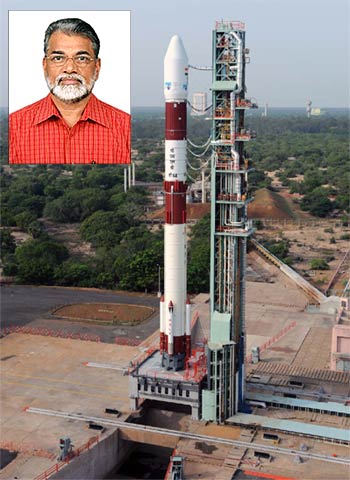 Following the success of PSLV-C14, he said next on ISRO's anvil is the launch of the Geosynchronous Satellite Launch Vehicle-D3 with an indigenous cryogenic stage from Sriharikota in December and the PSLV-C15.

The GSLV-D3 launch, he said, will be a landmark in terms of technology. This mission is aimed at placing a communication satellite, the GSAT-4, in orbit. 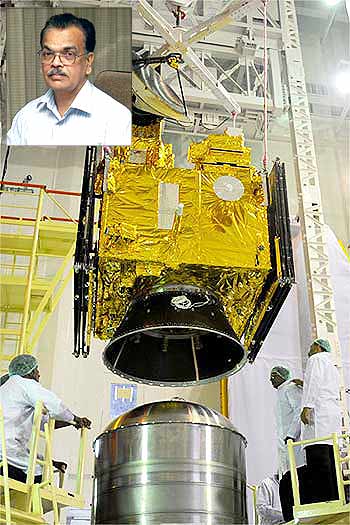 T K Alex is the director of ISRO's satellite centre in Bengaluru, where the Oceansat-2 was built.

Alex said the success of the launch was a wonderful feeling. "We launched a very major satellite with the help of PSLV-C14." 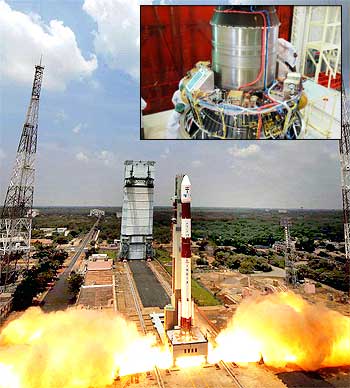 Image: The Oceansat-2 before it was integrated with the PSLV
Photographs: ISRO
Explaining the importance of Oceansat-2, the men in charge of the mission said the 960-kg satellite has three important payloads, which will gather data about plant life in the oceans and also measure the surface of the winds.

The three payloads, the ocean colour monitor, a scatterometer and a Radio Occultation Sounder for Atmospheric Studies, will also help predict weather.