Image: A MiG-29 lands after escorting the first IAF AWACS (background) at the Jamnagar air base
Photographs: Courtesy the Indian Air Force

1464 billion dollars -- that's what nations around the world spent to secure themselves from their adversaries. The Stockholm International Peace Research Institute has compiled a list of the top 10 military spenders in 2008.

India, which is ranked 10 in the list, is being touted as the most important single country market for weapons in the near future. It spent $30 billion (about Rs 1,50,000 crore) on military purchases in 2008. According to SIPRI, based on current orders Russia remains India's most important supplier. However, Russian demands for increased payments for weapons on order and quality problems with delivered weapons have soured relations.

Unlike China, India has the option of using other suppliers, such as France, Israel or the UK. Recently, relations with the USA have improved and two large orders for high-tech US weapons were signed in 2008, it added. 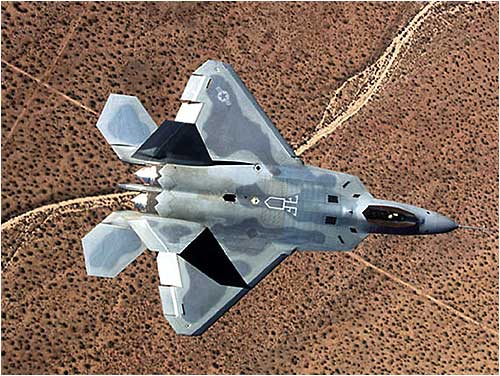 Image: The F-22 Raptor, the most advanced US fighter aircraft
Photographs: US Air Force/Handout/Reuters

United States takes up the biggest share of the global military expenditure. It spent $607 billion on new weapons. No wonder it tops the list of the world's top 10 military spenders.

'The idea of the 'war on terror' has encouraged many countries to see their problems through a highly militarised lens, using this to justify high military spending,' Sam Perlo-Freeman, head of the Military Expenditure Project at the think tank said in a statement

'The wars in Iraq and Afghanistan have cost $903 billion in additional military spending by the USA alone.'

Red dragon on the prowl 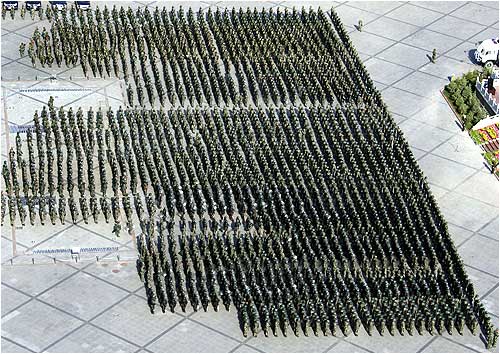 In 2008, China was, for the first time, the world's second highest military spender with a total expenditure of $84.9 billion.

China has been a major recipient of weapons since the early 1990s and has been the largest importer for several years. Most Chinese arms imports originate from Russia. However, Russian deliveries to China dropped significantly in 2007 and 2008.

China has used its access to Russian technology to develop indigenous weapons, in some cases using illegally copied Russian components.

The French overtake the Britons 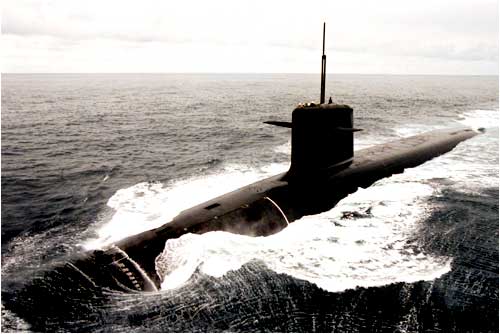 France comes third in the list narrowly overtaking the United Kingdom, which held the position in 2007. It spent $65.7 billion in 2008 on military expenses.

SIPRI military expenditure figures are based on information available in open sources, primarily supplied by governments. They represent a low estimate; the true level of military spending is certainly higher, due to omitted countries and items of spending.

An alternative would be to convert figures using purchasing power parity (PPP) exchange rates. If GDP-based PPP rates were used in the above table, Russia would move up to third place, India to fourth and Saudi Arabia to sixth, after the UK. While the USA would still be far ahead, its relative dominance would diminish.

No recession for arms companies 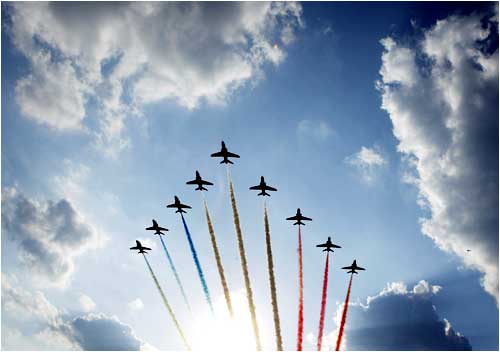 The United Kingdom is the world's fourth highest military spender with a total expenditure of $65.3 billion

According to SIPRI, the global financial crisis has yet to have an impact on major arms companies' revenues, profits and order backlogs, which generally continued to increase in 2008. 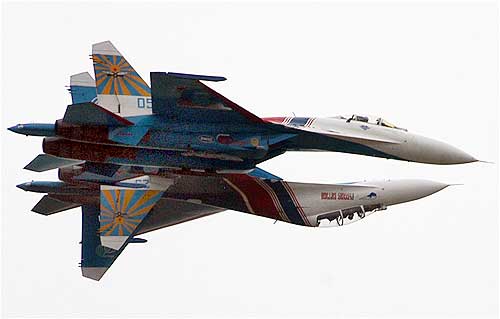 Russia is ranked fifth in the list with a total military expenditure of $58.6 billion.

SIPRI estimates put the number of operational nuclear warheads in the world in 2008 at 8,400. Of them, almost 2,000 were kept on high alert and capable of being launched within minutes, it said. 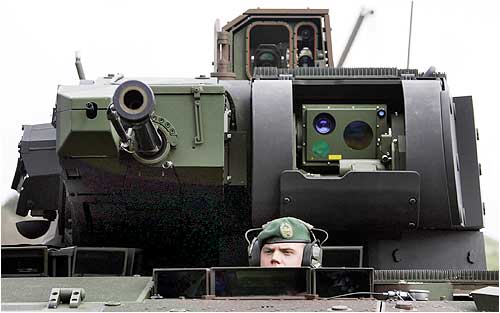 Image: A soldier looks out from a new German Armoured Infantry Fighting Vehicle AIFV Puma for the German armed forces during an exercise
Photographs: Reuters

Germany is ranked sixth in the list with a total military expenditure of $46.8 billion.

The Japanese are not far behind 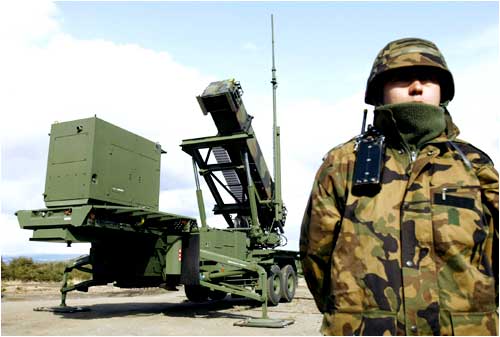 Japan is the seventh highest military spender with a total military expenditure of $46.3 billion.

East Asia, Europe and the Middle East continued to be the largest recipient regions for 2004 2008, each accounting for about 20 per cent of all imports. China remained the single largest recipient for the period 2004-2008, followed by India, the United Arab Emirates, South Korea and Greece. 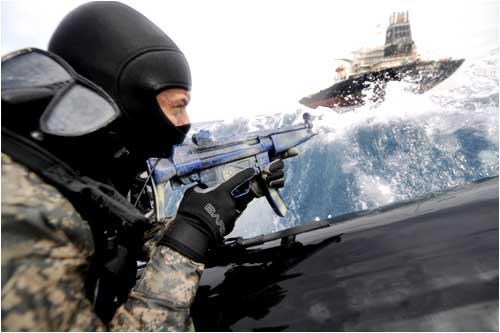 Italy is the eighth highest military spender with a total military expenditure of $40.6 billion.

According to the data compiled by SIPRI, military spending in the Middle East fell slightly in 2008, although this is probably temporary, with many countries in the region planning major arms purchases. In contrast, there was a large rise in Iraq, whose 2008 military budget was 133 per cent higher in real terms than its 2007 spending. 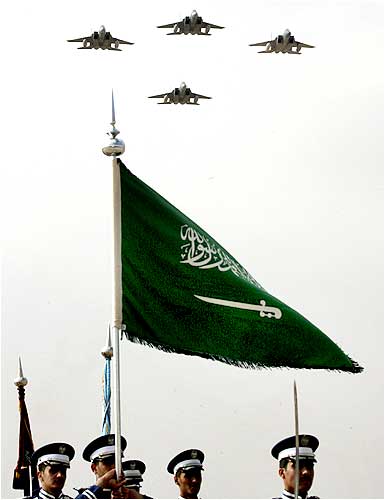 Saudi Arabia is placed ninth in the list with a total military expenditure of $38.2 billion.

The yearbook also reveals that in January 2009, eight states possessed a total of more than 23,300 nuclear weapons, including operational warheads, spares, those in both active and inactive storage, and intact warheads scheduled for dismantlement.