A mob on Thursday pelted stones on the Srinagar-Muzaffarabad Karvan-e-Aman bus in Baramulla district of north Kashmir, the first such attack on the cross-Line of Control bus service which started in April 2005.

"Abdul Aziz Ganai, a resident of Garhi Dupatta in Pakistan-occupied Kashmir, received minor injuries in the attack on the bus which was on its way to Uri from Srinagar," Senior Superintendent of Police, Baramulla, Mansoor Untoo said.

Police used mild baton charge to disperse the mob, the SSP said. Official sources said Ganai was hit in the leg by a broken glass pane after one of the windscreens of the bus was smashed by a stone. He was provided medical assistance before he proceeded to his native place.

The weekly Srinagar-Muzaffarabad bus started from Srinagar with 31 residents of Pakistan-occupied-Kashmir as per schedule and was attacked by a stone pelting mob at Palhallan, 27 kms from Srinagar. This is the first time that the State Road Transport Corporation bus, which carries passengers to and from the Aman setu (peace bridge) in Uri sector, came under attack from stone pelters since the commencement of the service on April 7, 2005.

No passenger traveled across the LoC from Srinagar on Thursday apparently due to the prevailing unrest, the sources said. Meanwhile, police used batons and fired rubber bullets after another group of protesters indulged in stone-pelting in Baramulla main chowk.

A person identified as Ahsan Ahmad was injured by a rubber bullet, the SSP said. However, normal activities resumed in the town by afternoon, he said. 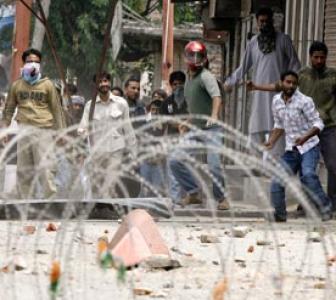 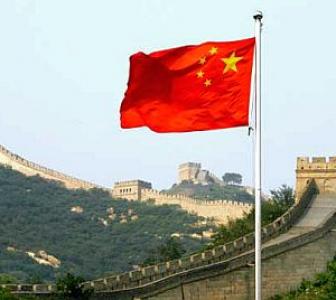 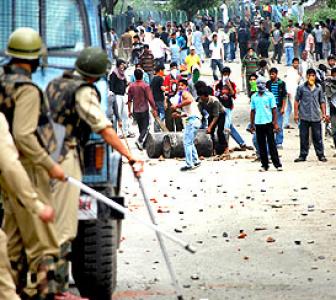 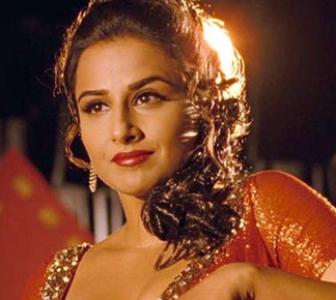 Why reduce bank CEO to a titular head! 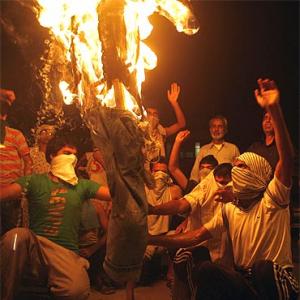 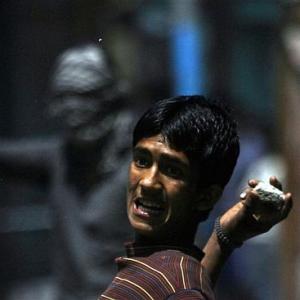