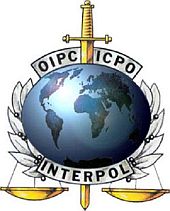 "It would be a great honour for Pakistan if our candidate is elected as a member of the committee," the official said.

The Interpol's executive committee has 13 members, including president, three vice-presidents and nine delegates. Each member is selected for a three-year term.

The committee has two seats for Asia on which India and Korea were elected in the last elections. Their term is ending in October.

Pakistan, Japan and Qatar are the other three countries contesting for the two seats this time.