Chandrayaan-1 gave useful data before being terminated: US geologist 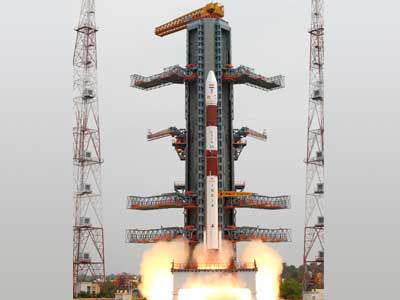 Though the Indian Space Research Organization had to prematurely terminate the country's first moon exploration mission after it lost radio contact with Chandrayaan-1 over the weekend, the probe is already said to have yielded a treasure trove of useful data.

This suggestion comes from Carle Pieters, a planetary geologist at Brown University in Rhode Island, the principal investigator of the Moon Mineralogy Mapper (M3), a NASA instrument on Chandrayaan-1.

Part of the M3 mission was to determine the distribution of elements and minerals on the moon's surface -- data that NASA had hoped would be useful for future manned missions to the moon or other planets.

Pieters said the M3 instrument had successfully completed a cursory global survey of mineralogy on the moon before the probe prematurely ended.

According to her, that first step was supposed to set the stage for higher-resolution mapping of the lunar surface.

"(But) even with the low-resolution data we have from the first phase, we have several new and completely unexpected discoveries," National Geographic News quoted her as saying.

She did not give any information as to what those discoveries might be, as other scientists are still reviewing the data.

Expressing "enormous disappointment" at the early loss of Chandrayaan-1, she revealed that she and her colleagues were looking into a future flight of a duplicate M3 instrument.

"When you see fantastic results and taste success, it's almost criminal not to plan for the future," she said.

Did ISRO goof up in predicting Chandrayaan mission life?