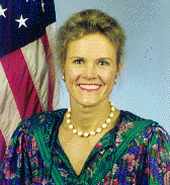 During his presidential campaign, then Senator Barack Obama repeatedly railed against the power and influence of lobbyists in the political process and vowed that, if elected President, no lobbyist would be allowed to be a part of his administration. When he officially announced the ban January 21, a day after he had moved into the White House, the move met with universal kudos; the media widely welcomed the ban and said it was an indication of the 'change' that had been brought into the political process.

Since then, however, Obama has repeatedly gone back on his promise, appointing several former lobbyists to influential positions in the administration that do not require Senate confirmation.

None of his appointments, however, has generated as many questions about conflict of interest as his latest move: to name Robin Lynn Raphel as the administration's point person for disbursing non-military aid to Pakistan.

Obama had announced a two-year cooling period, which mandated that former lobbyists must spend that length of time after giving up their lobbying role before becoming eligible for an administration role. That clause too has been given the unceremonious go-by in the case of Raphel, an Assistant Secretary of State for South Asian Affairs in the first term of the Clinton administration and more pertinently, a permanent bug bear for New Delhi.

Raphel has worked with the Washington, DC-based lobbying firm Cassidy and Associates, of which she was till lately a vice president. Even more pertinently, the Pakistan government was one of the firm's most prized clients, paying Cassidy over $1.2 million a year for its lobbying services.

Documents filed by Cassidy and Associates with the United States Department of Justice most recently -- as required under the Foreign Agents Registration Act -- indicate that Raphel had actively lobbied on behalf of Pakistan on Capitol Hill and elsewhere in the government less than a week before her appointment as coordinator of non-military aid for Pakistan.

The Legal Times said Raphel, who registered as a lobbyist for Cassidy in April 2007, had worked for the firm till July 31, 2009. Her new State Department job was announced August 5, 2009.

Cassidy has represented the civilian government in Pakistan headed by President Asif Ali Zardari since May 2009. The firm's most recent disclosure filings, submitted to the Justice Department October 30, showed that Raphel had attended over 40 meetings on Pakistan's behalf in the two months before she resigned her position as vice president July 31.

These include a series of meetings on Capitol Hill and the State Department, where she lobbied for several pieces of Pakistan-related legislation including the Kerry-Lugar bill, signed into law last month by President Obama, which provides for US non-military aid of $1.5 billion annually to Islamabad for a period of five years.

It is this money, which Raphel actively lobbied for, that she has now been appointed to disburse.

Interestingly, the Cassidy disclosures show Raphel's termination date as September 1, 2009, which effectively means that her new job at the State Department overlaps with her job at Cassidy by about a month. Making the point, Legal Times quotes Cassidy spokesman Tom Alexander as clarifying that the termination date on the report was incorrect, and that the firm intended to file an amended report with the Justice Department showing Raphel's last day with the firm as July 31.

The Cassidy filings list Raphel's travel expenses in June and July, which have been billed to the Embassy of Pakistan in Washington.

Alexander stressed that the thrice-married Raphel, whose last husband the late US Ambassador to Pakistan Arnold Raphel died in a plane crash along with then Pakistan President Zia-ul Haq, 'was not engaging in political or advocacy activities on behalf of our client and was instead assisting in a very limited and brief strategy development and information gathering phase'.

This militates with Assistant Secretary of Public Affairs P J Crowley who, briefing the Friends of Pakistan group in New York September 24, said Raphel had sat in on the meetings between Secretary of State Clinton and President Zardari and Pakistani Foreign Minister Shah Mahmood Qureshi -- the point worth noting was that this was before her nomination to the new role.

Raphel has been a thorn in India's diplomatic flesh ever since she, at her first briefing at the Foreign Press Centre after assuming the position of Assistant Secretary of State for South Asian Affairs in the Clinton administration in 1993, said the US does not recognize the instrument of accession of Jammu and Kashmir.

She rubbed it in when, in an explosive interview with rediff.com (July 18, 1997) at the end of her tenure as Assistant Secretary, she launched a series of jibes against India's Ministry of External Affairs and in particular, then Foreign Secretary J N Dixit.

She charged that a sustained conspiracy had been launched by the MEA and by entrenched South Asia hands at the State Department to get rid of her; that she had survived the challenge and succeeded in increasing and enhancing the profile of South Asia in terms of US foreign policy.

Raphel said "all the gutter press stuff" that was written about her in the Indian media, which she said, "became completely unseemly", was largely "due to the MEA."

She said she could have better phrased her controversial remarks on Kashmir, but added, "What I said was consistent with US policy and it still is. I would have phrased it differently if I had to do it again, but that's our policy and has been for years, basically."

Her appointment, at a time when she was considerably junior to several other South Asia hands at the State Department, had been equally controversial, with the media commenting that it came about because she was an 'FOB' (Friend of Bill Clinton). Raphel was in England doing postgraduate studies when Clinton was attending Oxford as a Rhodes scholar, and the two were part of a group of Americans who used to hang out together.

Raphel, however, told rediff.com that she got the job because "when you look at all the South Asian specialists who had vision and some sense of taking a policy somewhere, there weren't many to choose from. In fact, I was at the top of the list."
Aziz Haniffa in Washington, DC
Related News: Robin Lynn Raphel, Barack Obama, State Department, Ministry of External Affairs, Bill Clinton
Print this article

Would our leaders have done what Bill Clinton did?