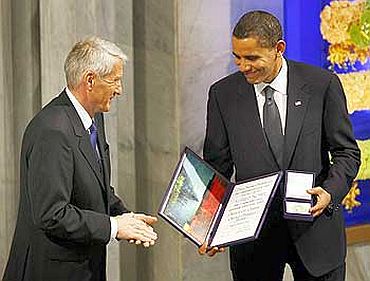 Three months after receiving the prestigious Nobel Peace Prize in Oslo, US President Barack Obama is yet to receive the $1.4 million cash award.

"Not that I am aware of, no," White House Press Secretary Robert Gibbs told media persons at his daily press briefing when asked if Obama has received the cheque from the Norwegian Nobel Committee, which awarded him the coveted peace prize on December 10 last year.

Gibbs told curious media persons that Obama had not asked for the money yet.

"I assume it (money) is with the committee," he said.

Soon after receiving the award, the White House had said that Obama intends to donate this money to charities.

"That's what we're working on. That's quite perceptive," he said.

"There will be a process to evaluate that, from his perspective. I assume it will be many different charities. But he has not told me or anybody else here the specifics of what those might be," Gibbs had told reporters on October 13.

On October 9, the Nobel Prize Committee had announced that Obama has won the Peace Prize for the year 2009 "his extraordinary efforts to strengthen international diplomacy and cooperation between peoples."

Humbled by the prize, Obama said in a statement, which he read from the Rose Garden of the White House that he will accept this award as a call to action, a call for all nations to confront the common challenges of the 21st century.
Source: PTI© Copyright 2021 PTI. All rights reserved. Republication or redistribution of PTI content, including by framing or similar means, is expressly prohibited without the prior written consent.
Related News: Barack Obama, Robert Gibbs, White House Press, Norwegian Nobel Committee, Nobel Prize Committee
SHARE THIS STORY
Print this article 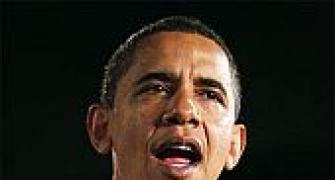 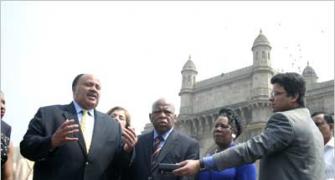 'Without Gandhi, there would be no Obama'
Barack Obama, in his own words

Saravanan kept it cool like MSD to make it to Olympics 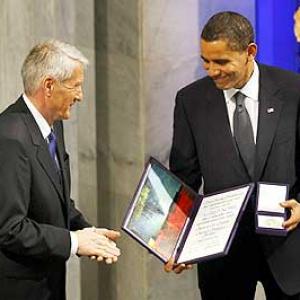