Is India the American buffer against China? 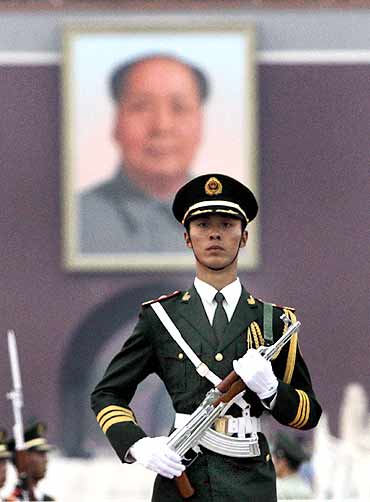 Image: A Chinese policeman stands guard at Tiananmen Square in Beijing
Photographs: Jason Lee/Reuters
Aziz Haniffa reports from Washington, DC on how the American Enterprise Institute, a leading neo-conservative DC think-tank, wants the US to boost its military relationship with India. 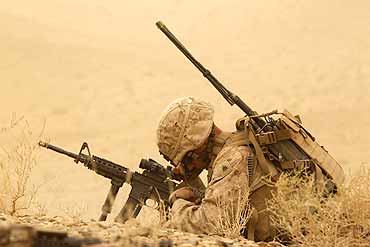 Image: A US marine on patrol in Helmand province, Afghanistan
Photographs: Erik de Castro/Reuters
The AEI said that 'India and the United States are uniquely suited for strategic partnership,' and argued, 'both harbour growing anxieties about China's increasing military power and regional assertiveness.' 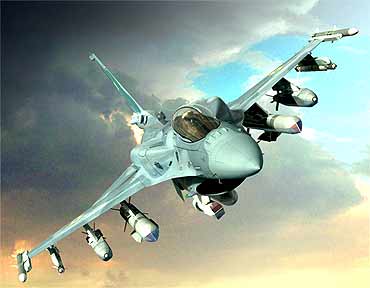 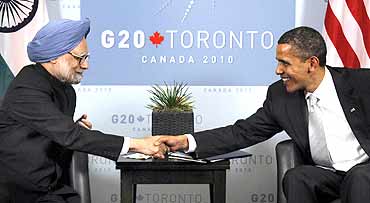 Image: President Obama greets Prime Minister Manmohan Singh in Toronto
Photographs: Jason Reed/Reuters
India, Donnelly said, would not give any quarter when it came to the purchase of the fighter aircraft in terms of an advantage to the US, and explained, "we got to also remember where the fighter competition process is -- the first hurdle is weeding out the unfit," among the competition. 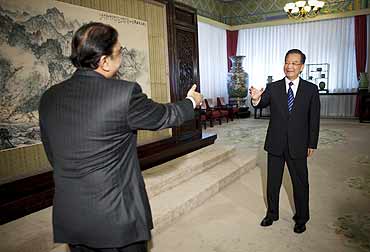 Image: Pakistan President Asif Ali Zardari, left, and Chinese Premier Wen Jiabao in Beijing
Photographs: Alexander F Yuan/Pool/Reuters
Donnelly said when it comes to US support for India's candidacy for a permanent seat in the UN Security Council, "that is almost a holy grail kind of thing in a category all by itself and expectations and desire -- and maybe in many ways it would be quite appropriate -- is not something the United States can deliver other than the sort of rhetorical support."