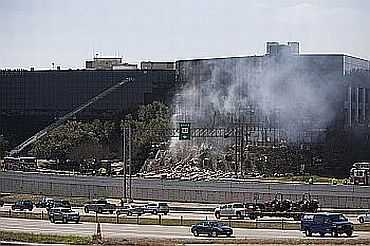 Image: Traffic moves by the site where the aircraft crashed into a Texas IRS building
Photographs: Ben Sklar / Reuters 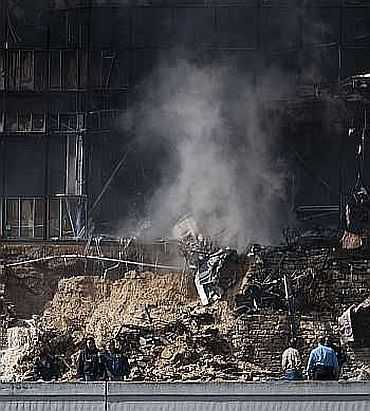 Image: The seven-storey IRS building in Austin, Texas after being hit by an aircraft on Thursday
Photographs: Ben Sklar / Reuters 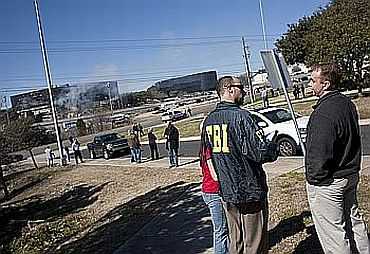 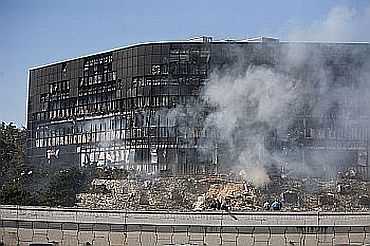