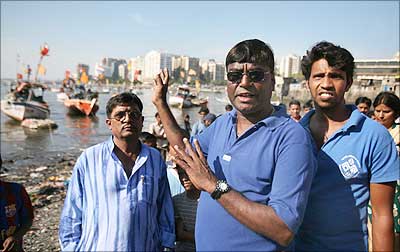 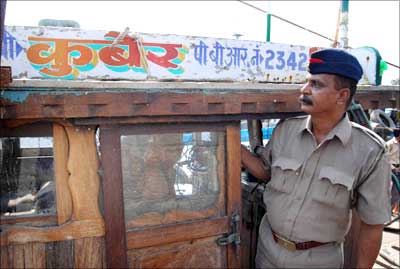 Image: The Kuber, the boat used by the terrorists.
Photographs: Rediff Archives
Hardly 15 minutes earlier when he was leaving his little home to walk to the Taj along his customary route, that passes Electric House and the nearby Diplomat Hotel, he had stopped at the waterfront two minutes from his house. 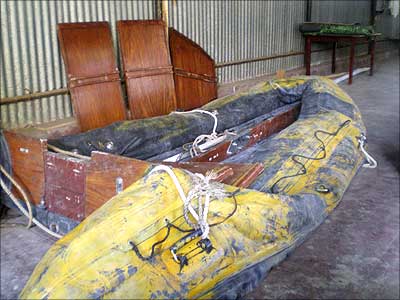 Image: The rubber dinghy the terrorists used to get ashore.
Photographs: Vaihayasi Pande Daniel
As the eight men drew nearer, Tamore, out of momentary curiosity and mild suspicion, thought to stop and question them. "I asked them: 'Who are you and where are you from?' One them -- aakhe phad phad ke (with angry eyes) bola (said): 'We are students and what business is it to you?' After that they headed to the road and some of them broke up to go one way and some the other way, but I did not see that carefully." 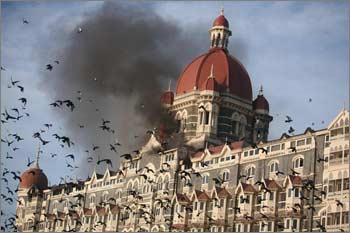 Image: Pigeons fly near the burning Taj Mahal hotel.
Photographs: Reuters
But Tamore's heart was full. When he had left, the Taj was burning. He was pale with relief that he had inexplicably made it out to safety, but wondered if he would have a livelihood left after it was all over.