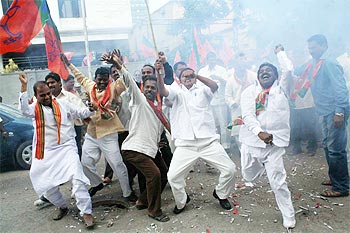 Image: BJP workers celebrate outside the party office in Hyderabad

A wave of joy and cheer on Thursday swept the Osmania University, the nerve centre of the Telangana movement, after the Centre conceded to the demand of carving out a separate state from Andhra Pradesh.

Hundreds of students and Telangana supporters assembled in the campus this morning and burst into celebrations hailing
the decision and organised a 'Vijayotsav', marking victory of their agitation.

Supporters in the region, cutting across parties, celebrated the statehood by bursting crackers and distributed sweets. 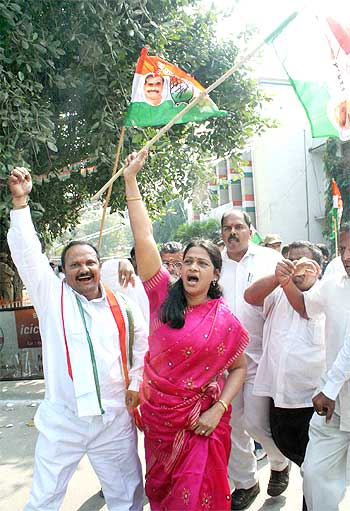 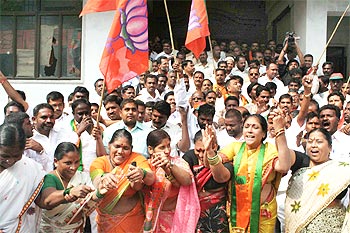 Image: Another picture of BJP workers celebrating in Hyderabad

Welcoming the Union government's announcement to initiate the process of creating Telangana, the Joint Action Committee of Students Union has withdrawn the proposed peace march from Osmania University to Indira Park. 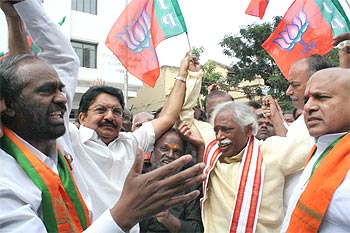 In a dull note, many MLAs from different parties have resigned across the state in protest against the decsion. 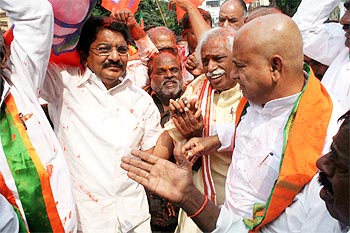 Meanwhile, Congress chief Sonia has summoned all the Congress MPs from Andhra Pradesh to her residence. The move is perceived to be a preventive arrangement to stop more MPs from quitting.
More