News
Business
Movies
Sports
Cricket
Get Ahead
Money Tips
Shopping
Sign in  |  Create a Rediffmail account
Rediff.com  » News » 'Hands up' sadhu does it for world peace 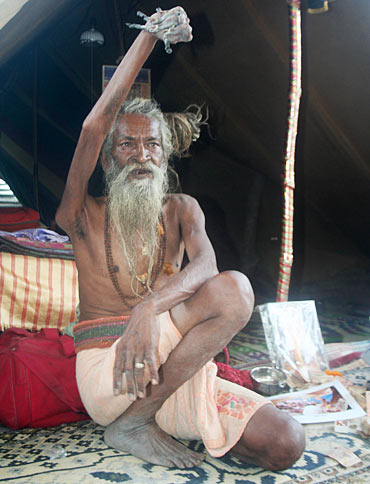 Sadhus have a blast at the Kumbh Mela

Soaking in the Kumbh Mela frenzy