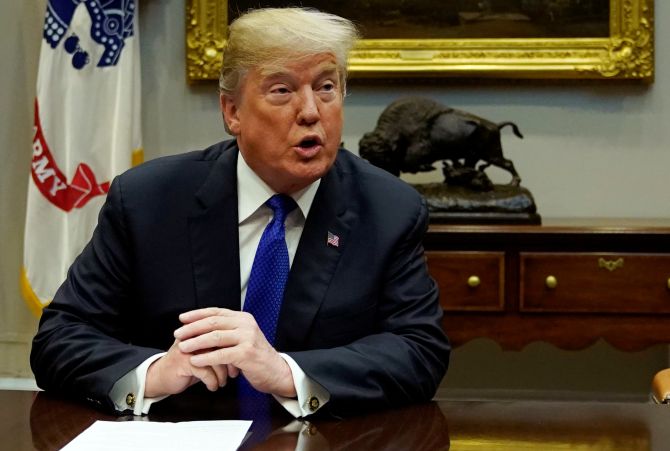 Donald Trump claims he has been completely exonerated by an inquiry into allegations Russia conspired to help him win the 2016 election.
A summary of Special Counsel Robert Mueller's long-awaited report released on Sunday found the Trump campaign had not conspired with Russia.
However it was inconclusive on whether Mr Trump had obstructed justice.
The Russia allegations had cast a shadow over Trump's presidency and his chances of re-election in 2020.
Opposition Democrats are demanding full access to Mueller's report, which was summarised for Congress by Attorney General William Barr.
White House spokeswoman Sarah Sanders said Trump would let Barr decide what to release but the president himself was "more than happy for any of this stuff to come out".
The report was the culmination of two years of investigation by Mueller which saw some of the president's closest former aides prosecuted and, in some cases, imprisoned, although not for collusion with Russia.
Speaking at Palm Beach International Airport in Florida, Trump declared: "There was no collusion with Russia. There was no obstruction... It was a complete and total exoneration."
« Back to LIVE