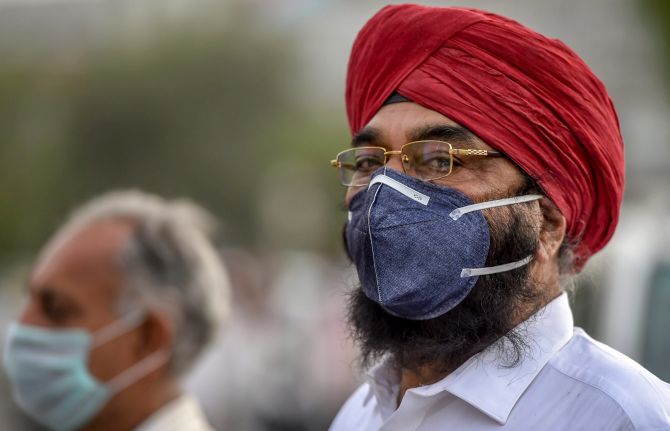 Delhi' s air quality remained "very poor" for the second consecutive day on Thursday, with several areas in the national capital nearing severe levels of pollution, according to the authorities.
The overall Air Quality Index of Delhi was recorded at 315, according to the Centre run system of Air Quality Forecasting and Research.
The AQI on Wednesday for the first time in this season was recorded at 315.
An AQI between 0 and 50 is considered "good", 51 and 100 "satisfactory", 101 and 200 "moderate", 201 and 300 "poor", 301 and 400 "very poor" and 401 and 500 "severe".
On Thursday, Anand Vihar recorded an AQI of 317, Dwarka Sector 8 353, ITO 295, Jahangirpuri 336 and Rohini 344, according to the Central Pollution Control Board.
The PM10 level (presence of particles in the air with a diameter of less than 10 micrometres) in Delhi stood at 289 and the PM2.5 level was recorded at 137, as per the CPCB data.
« Back to LIVE