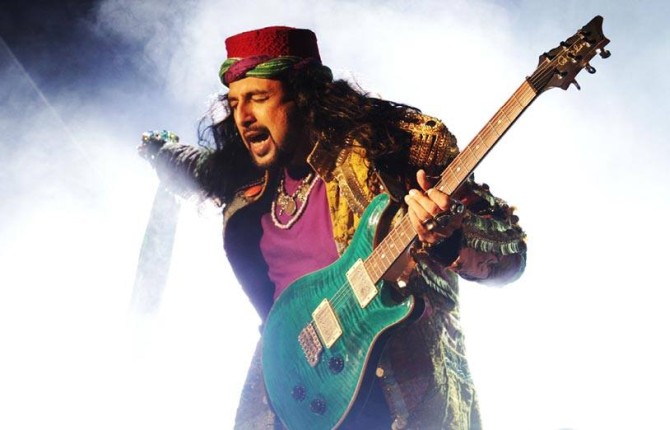 Those of us on this side of Wagah know him as the frontman for the sufi rock band Junoon who mesmerised us with songs like Saiyyoni.
Those on the other side of Wagah also know Salman Ahmad to be a loyal adherent of cricketer turned politician Imran Khan for decades.
So it was with not a little surprise that one learnt that Salman is finally calling it quits with the Pakistan Tehreek e Insaf founder.
Dawn.com has come across Salman's tweets hinting at his break with Imran, which they aptly titled 'Salman Ahmad is leaving PTI and we don't know what true love is anymore'.
You can read the article, here.
Image: Salman Ahmad in concert. Photograph: Courtesy, Junoon on Facebook.
« Back to LIVE