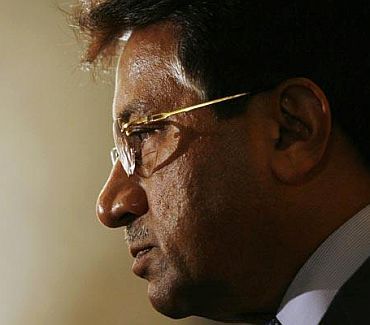 Former president retired Gen Pervez Musharraf was not only issued a new passport two months before the expiry of his travel document but it was again a diplomatic passport that he was entitled to being a former head of state, Interior Minister Ahsan Iqbal confirmed to Dawn on Monday, reports Baqir Sajjad Syed.
'The former military ruler has been declared absconder by courts in several cases including high treason case, judges' detention case and Benazir Bhutto assassination case. However, it is not clear if specific permission was given for a diplomatic passport and who gave it,' Syed reports in Dawn.com, here.
« Back to LIVE