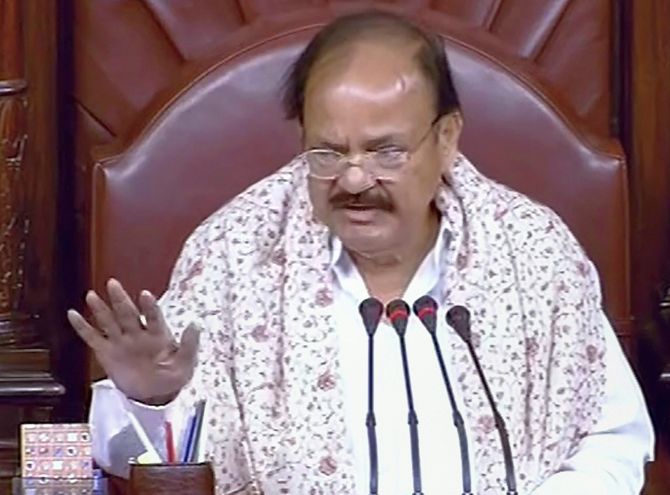 Anguished over disruptions in the working of the Rajya Sabha, Chairman M Venkaiah Naidu today cancelled a dinner he was to host for members of the Upper House tomorrow.

According to sources, preparations for the dinner were completed last week.

Naidu had even spoken to the President, the prime minister, the Leader of the House, the Leader of Opposition and floor leaders of various parties whom he had invited.

Invitation cards were kept ready. Naidu had expected the House proceedings would normalise by today.

At a meeting with the floor leaders of various parties in his chamber today, the RS Chairman conveyed anguish over the ongoing stalemate in the House and informed them of his decision to cancel the dinner.

Naidu was of the view that it would not be appropriate to go ahead with the dinner with the House not functioning for over two weeks, the sources said.

He had planned an Andhra Pradesh special dinner, with specialist cooks called from the state.

It is learnt that he also refused to inaugurate a badminton tournament for members of Parliament at the Constitution Club last week.  -- PTI
« Back to LIVE