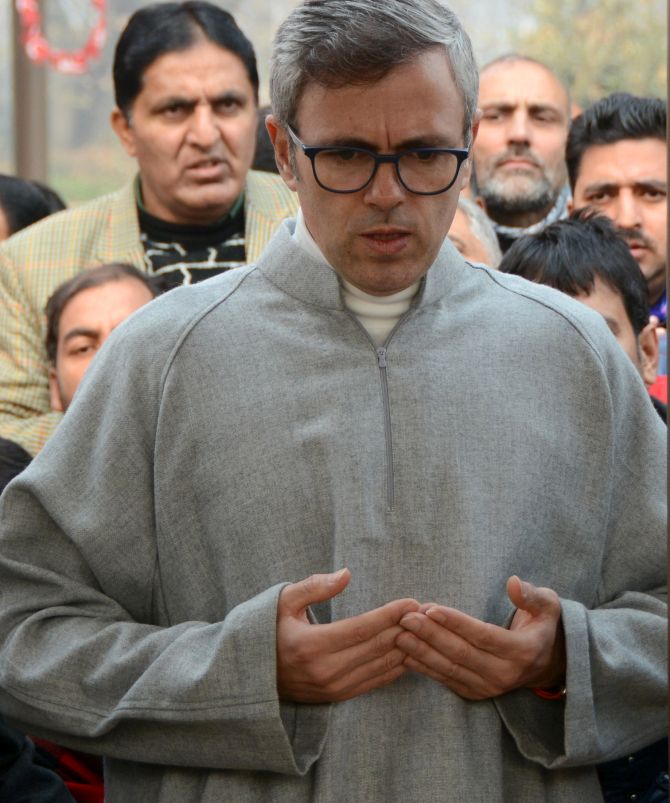 The Delhi High Court today sought the response of Payal Abdullah, the estranged wife of former Jammu and Kashmir Chief Minister Omar Abdullah, on his plea seeking divorce on the ground that their marriage has broken down irretrievably and he wants to get re-married.


A bench of Justices Siddharth Mridul and Deepa Sharma issued notice to Payal asking her to file a reply before the next date of hearing on April 23.


The court also sought her stand on an application moved by Omar seeking early hearing in the matter. Advocate Malavika Rajkotia, appearing for Omar, claimed that the court had on an earlier date asked if the parties wanted to get married again. She replied in affirmative about Omar's intent, saying "I do".


The application by Omar seeking grant of divorce has been moved in his petition challenging a trial court decision of August 30, 2016 dismissing his plea for divorce. He has contended that their marriage has "irretrievably broken down".


The trial court had held that he had failed to prove irretrievable breakdown of the marriage. It had also said that Omar could not prove his claims of "cruelty" or "desertion" which were the grounds alleged by him for grant of decree of divorce.


In his appeal against the trial court order, Omar had claimed that his marriage had broken down irretrievably and he has not enjoyed conjugal relationship since 2007 and the couple, married on September 1, 1994, were living separately since 2009. The couple have two sons who are staying with their mother. -- PTI
« Back to LIVE