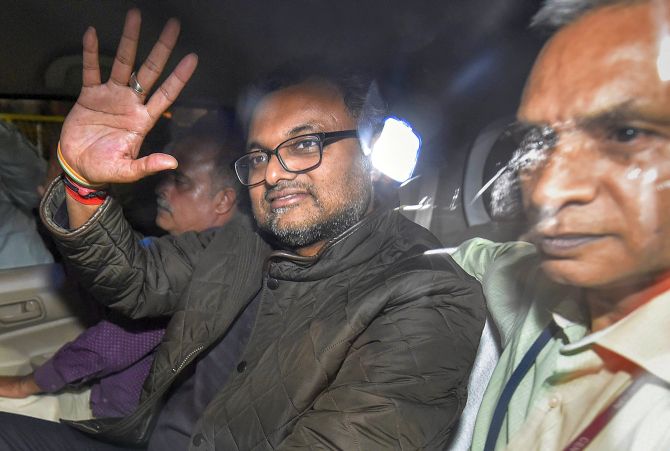 
Karti was arrested by the Central Bureau of Investigation on Wednesday and sent to one-day police custody, as against 15 day-custody sought by the CBI. The CBI will seek extension of custody.


In May 2017, the Enforcement Directorate had registered a money laundering case against Karti for his role in facilitating clearance from the Foreign Investment Promotion Board for INX Media Ltd and its directors, Peter and Indrani Mukerjea - both accused in the murder of Sheena Bora -- and others.


Karti has been accused of illegally taking service charges for obtaining FIPB clearance to the INX Media for receiving funds from abroad worth Rs 305 crore in 2007 when his father was the finance minister in the Congress-led UPA Government. -- PTI
« Back to LIVE