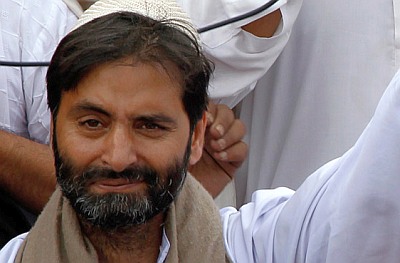 
The separatists, under the banner of Joint Resistance Leadership, on Tuesday called for a protest strike for today against the killing of civilians allegedly in security forces firing recently and the killing of veteran journalist Shujaat Bukhari.


Bukhari was shot dead, along with his two personal guards, outside his office in Press Enclave here on 14 June by unknown gunmen.


Malik was among the thousands at Bukhari's funeral.  -- PTI
« Back to LIVE