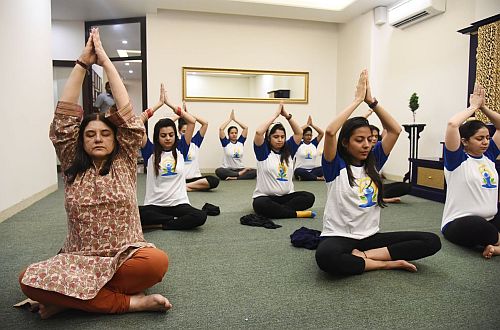 
The Union Women and Child Development Minister was speaking at an event on International Yoga Day at the Natural Childbirth Centre in New Delhi.


The women performed several prenatal yoga asanas, including the modified version of the Tikonasana, Paschimmottasana and Ashwa Sanchalam, under the guidance of a teacher.


"It is a very good step to do yoga during pregnancy, but I urge them to perform the asanas under the guidance of trained teachers," she said. -- PTI
« Back to LIVE