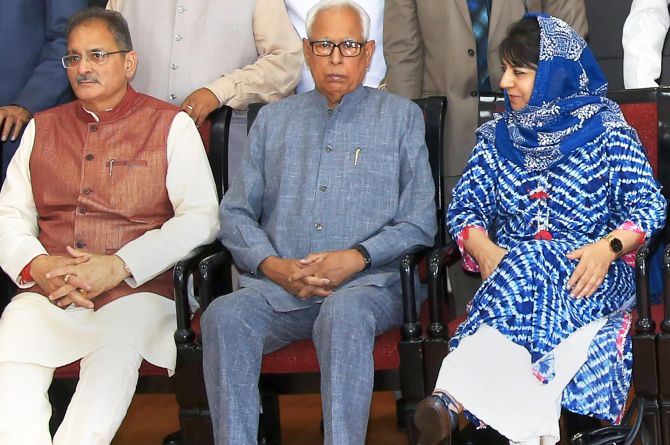 Jammu and Kashmir Governor N N Vohra has called for an all-party meeting on June 22 to discuss the situation of the state.
The decision came after Governor's rule was imposed in the state on Wednesday.
The governor also held an extensive discussion with advisor B B Vyas to review all major matters which were pending for approval before the chief minister and the cabinet, when the change of government took place.
Governor's rule was implemented after Mehbooba Mufti stepped down as Chief Minister, shortly after the Bharatiya Janata Party withdrew from the alliance with the People's Democratic Party in Jammu and Kashmir.  -- ANI
« Back to LIVE