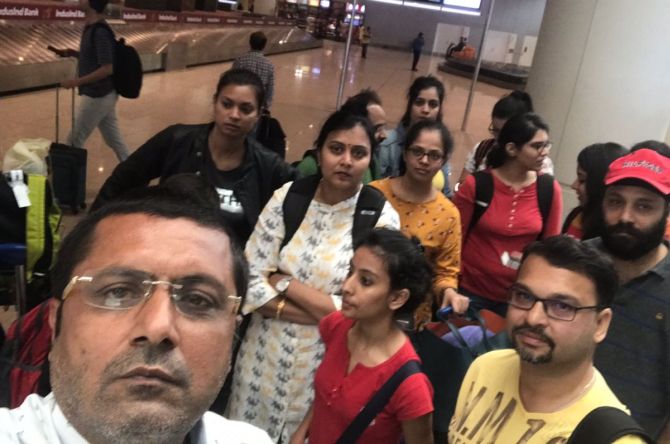 Around 158 passengers of Jet Airways 9W-2314 Mumbai-Ahmedabad are stranded at Mumbai Airport on Sunday.
According to the passengers waiting at the airport, the on board staff had informed them that Ahmedabad Airport is closed; however, later a Jet Airways official told ANI that the aircraft is facing a technical fault.
"It is true that a Notice to Airmen (NOTAM) has been issued for runway maintenance work from 10 am to 3 pm but Jet Airways had been permitted for landing however later it was found that the aircraft has a technical fault," he said.  -- ANI
Photograph: ANI