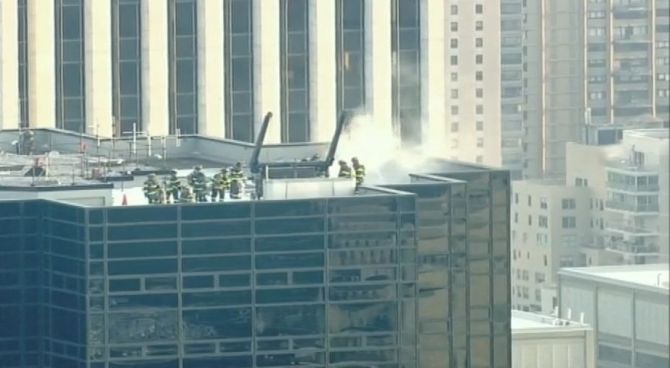 A fire broke out on the roof of the Trump Tower in New York on Monday.

According to initial reports, the fire broke out in the building's heating and cooling system.

Fire fighters were immediately rushed to the spot to douse the flames.

The reason behind fire has not been ascertained yet.

The 58-storey skyscraper serves as the headquarters for The Trump Organisation.