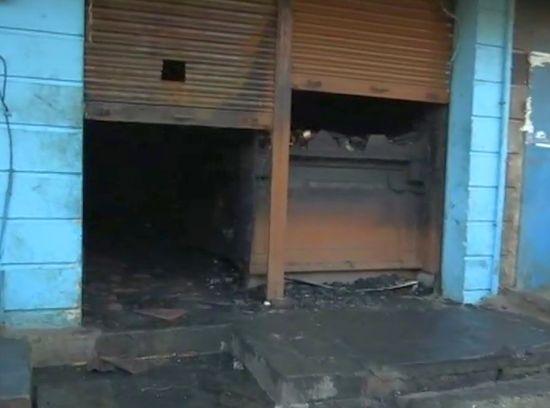 Five employees of a bar-cum-restaurant were charred to death when a major fire broke out at Kumbaara Sangha building in Bengaluru's Kalasipalya in the early hours today, police said.
The incident occurred at 2:30 am at Kailash Bar and Restaurant when the employees were asleep.
Police identified the victims as Swami (23), Prasad (20), Mahesh, all residents of Tumakuru,  Manjunath (45) from Hassan and Keerthi (24) from Mandya.
"An incident of fire has occurred at Kailash Bar and Restaurant located in the ground floor of Kumbaara sangha building (in the vegetable market area). Fire and smoke was noticed by some persons at around 2.30 am and fire services were pressed into action. Two fire tenders and one fire rescue vehicle attended to it and it has been doused," a senior police officer said.
The cause of fire was unknown and was being investigated, he said. -- PTI
« Back to LIVE