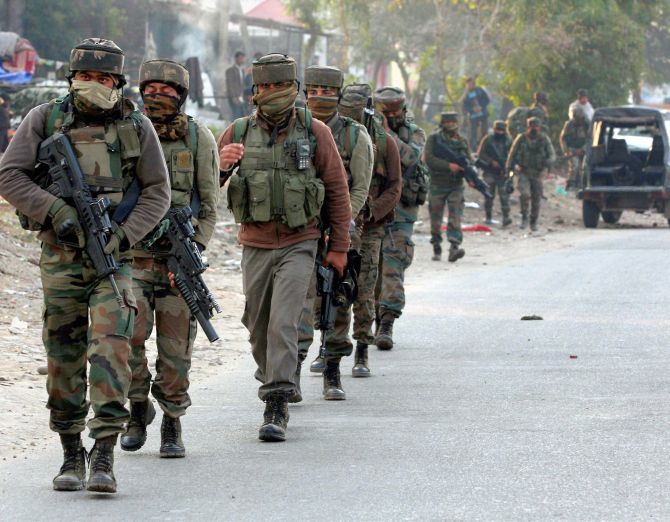 Five soldiers and a civilian have died after terrorists stormed the Sunjuwan army camp in Jammu on Saturday, in one of the worst since the Uri attack in 2016 in which 19 soldiers were killed.
Over 24 hours after the army base was attacked by heavily-armed terrorists, operations are still on.
Eleven people have been injured.
Three Jaish-e-Mohammed terrorists were killed as of Saturday evening.
Jammu is on high alert and schools near the Army camp have been closed. On Saturday night, a woman was killed after Pakistani troops violated the ceasefire along the Line of Control in Jammu and Kashmir's Rajouri district.
The latest attack on the camp took place nearly 15 months after the Jammu region was hit by a similar attack. On November 29, 2016, terrorists had stormed the armys Nagrota camp on the outskirts of Jammu city, killing seven army personnel including two officers. Three terrorists were also gunned down.
Contingents of Central Reserve Police Force and police were posted outside the boundary wall and were keeping curious onlookers at bay to avoid civilian casualties.
« Back to LIVE