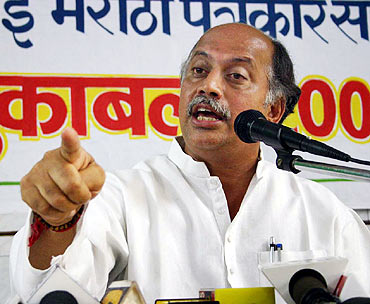 Gurudas Kamat, former minister of state and Mumbai Congress leader, passed away in a hospital in Chanakyapuri in the national capital on Wednesday.
Satyajeet Tambe Patil, vice-president, Maharashtra Youth Congress took to Twitter and stated that Kamat's sudden demise was his personal loss. "Shocked ... My leader Gurudas Kamat is no more. It is my personal loss as well as unrepairable loss of Congress party", Patil tweeted.
Kamat, 63, was a Member of the Parliament for the Mumbai North West constituency of Maharashtra in 2009 and Mumbai North East constituency of Maharashtra in 1984, 1991, 1998 and 2004.
The senior Congress leader was an advocate by profession was a commerce graduate from Mumbai's RA Podar College.
Kamat served as the Minister of State for Home Affairs with an additional charge of Minister of Communications and Information Technology, Government of India during 2009 to 2011.
In 2014, he lost the Lok Sabha election. In 2017, Kamat resigned from all positions that he held at the Indian National Congress. Despite his insistence on resigning, the party continued to acknowledge him as the General Secretary of AICC.
« Back to LIVE