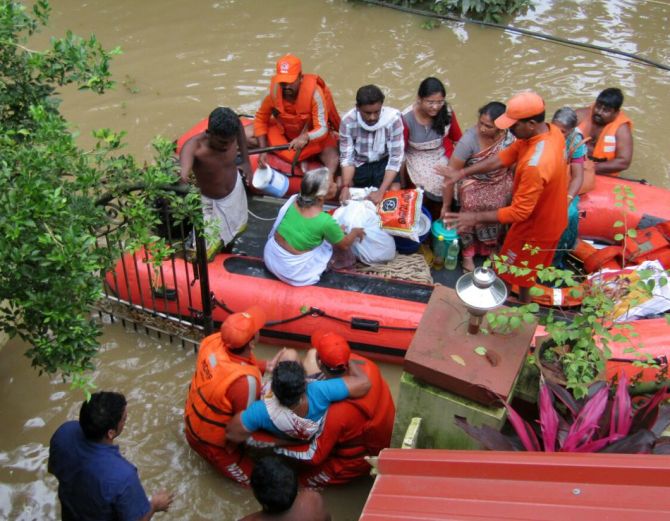 The Reserve Bank of India today said it will once again conduct exams for the direct recruitment of Grade-B officers in Kerala due to the floods.
The RBI services board had conducted the phase I/ paper 1 of examination for recruiting Grade-B officers on August 16.
But due to the widespread floods in Kerala, attendance in some of the centres in the state was low.
Following representations from aspirants requesting for an opportunity to reappear for the exam in light of the conditions in the state, 'the board has decided to conduct another examination at a few centres in selected cities in Kerala for the benefit of the candidates who could not appear in the examination held on August 16 due in the flood-ravaged state', RBI said in a statement.
The date of examination will be announced shortly once the logistics are in place and the details of the examination will be emailed to eligible candidates, it added.
But it also said that the candidates who had appeared in the August 16 exams will not be eligible to appear in this examination.
Accordingly, the date for Phase-II/Paper-II and III examination, scheduled for September 6-7, will be rescheduled and the revised dates of examination will be notified separately.
Also, the results of all the candidates appeared in the August 16 will be announced after the completion of the reexamination to be held in Kerala, it added.  -- PTI
« Back to LIVE