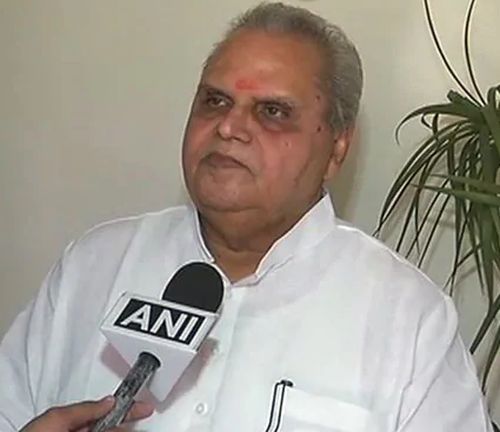 Satyapal Malik, the newly appointed governor of Jammu and Kashmir, will be administered the oath of office tomorrow, ending the five-decade-long practice of retired bureaucrats being appointed to the post, officials said today.
Malik, 72, has the experience of working with almost all political hues of the country, and will be the first career politician to assume the position after Karan Singh, who held the office from 1965 to 1967.
Malik, former governor of Bihar, arrived in Srinagar in a chartered plane today.
Outgoing Governor N N Vohra, who was at the helm of affairs for the last 10 years, today called on Prime Minister Narendra Modi on a courtesy visit.
He also met Union Home Minister Rajnath Singh.  -- PTI
« Back to LIVE