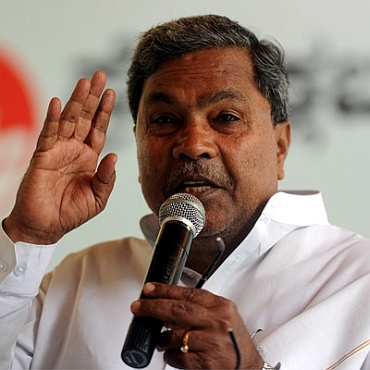 The Congress stands a very good chance of winning the Karnataka Assembly polls, and the high-command will take a call on the next chief minister, senior party leader Mallikarjun Kharge said today, indicating incumbent Siddaramaiah may not be the automatic choice. He said the Congress high-command will choose the chief minister in consultation with the newly elected MLAs, if the party is voted to power for a second term running. The Congress has consistently maintained it is contesting the polls under the leadership of Chief Minister Siddaramaiah but refrained from declaring him its candidate for the top job.


Kharge's remarks indicated that the leadership question in the Congress was far from settled. When asked if the party's central leadership has decided on who would be the next chief minister, Kharge said "unnecessary controversy" should not be created in the run-up to the elections.


"CM (Siddaramaiah) is already there. He is leading (the Congress campaign) and he is the captain. As long as he leads, he is the captain. "And the party, whenever it wants, can change anybody because the high-command is the ultimate authority. In consultation with local (newly elected) MLAs, they (the high-command) will take decision (on who will be the chief minister)," Kharge told PTI.


Kharge, leader of the Congress party in the Lok Sabha, said since the BJP and the JDS were facing problems, they had declared their chief ministerial nominees, he said, without elaborating.


The BJP has declared its state unit chief B S Yeddyurappa and JDS H D Kumaraswamy as their chief ministerial faces. Both have been the state's chief minister.


Talking about the Congress's electoral prospects, Kharge said, "We have got very good chances to win the elections and I hope that we will get majority." He also claimed that neither the Congress nor the chief minister is facing "anti-incumbency".