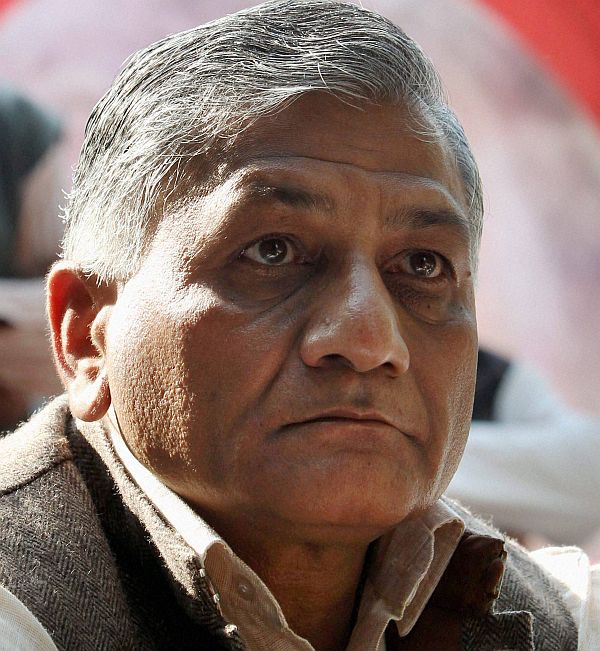 VK Singh tweets on the Kathua rape, the first BJP minister to do so. Vijay Kumar Singh @Gen_VKSingh We have failed Ashifa as humans. But she will not be denied justice.


Jammu and Kashmir Chief Minister Mehbooba Mufti today said her government will not allow law to be obstructed and justice will be delivered in the rape-and-murder case of an eight-year-old Bakerwal girl in Kathua district.


The rape-and-murder of the nomadic Muslim Bakerwal community girl has created a controversy after lawyers in Jammu called for a shutdown yesterday, demanding the case be handed over to the Central Bureau of Investigation.


"The Law will not be obstructed by the irresponsible actions & statements of a group of people. Proper procedures are being followed, investigations are on the fast track & justice will be delivered," Mehbooba said in a tweet.


On Monday, lawyers in Kathua had tried to prevent the Crime Branch from filing the charge sheet in the case. The charge sheet has revealed some chilling details about how the girl was allegedly kidnapped, drugged, raped inside a place of worship before being killed.


National Conference leader Omar Abdullah, however, lashed out at the chief minister for not taking any action against two BJP ministers who had attended a rally held in support of the persons accused in the case. "What rubbish! They are HER ministers, not the Hon(ourable) PM s. The way for her to express her displeasure is to sack them in Jammu not come & leak her alleged displeasure in Delhi," Omar tweeted.


He was responding to tweets by a journalist from a TV channel in which she had said Mehbooba had expressed displeasure over BJP ministers actions in regard with this case. However, the journalist later pulled down the tweet.


"So even her displeasure wasn't genuine & the tweet has had to be deleted so that a corrected version could be issued," Omar said. -- PTI
« Back to LIVE