« Back
Someone running relentless tirade against me: Justice Chelameswar
April 12, 2018  11:20 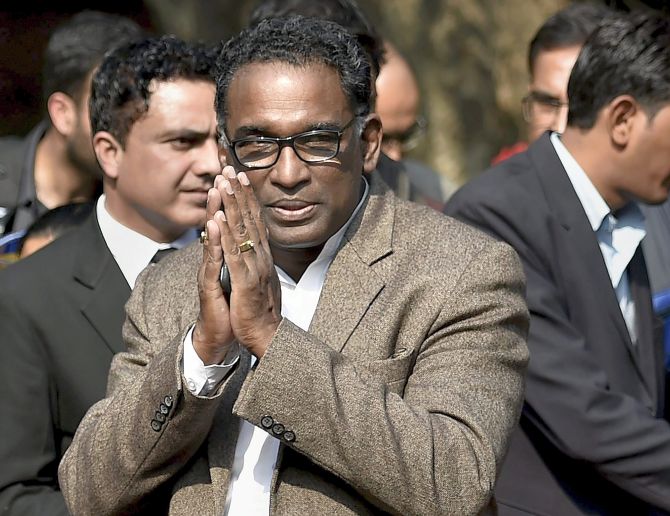 Supreme Court judge J Chelameswar expresses his inability in ordering the listing of the ex-law minister's plea for framing the norms on allocating cases to various benches.


"Someone is running a relentless tirade against me that I am up to grab something.  I would not like to deal with Shanti Bhushan's plea and the  reasons for it are too obvious," Chelameswar said.


He said he would not like another reversal of his order in next 24 hours. "This country will follow its own course but I'm sorry and I can't deal with this PIL," he said.


A public interest litigation had been filed in the Supreme Court by former law minister Shanti Bhushan challenging the manner in which CJI Dipak Misra exercises his administrative powers.


Yesterday, a bench comprising Chief Justice Dipak Misra and Justices A M Khanwilkar and D Y Chandrachud dismissed a PIL seeking framing of guidelines for rational and transparent allocation of cases and constitution of benches to hear them.


Justice Chandrachud, writing the judgment for the bench, referred to constitutional schemes and said "the Chief Justice of India is first among equals and has the authority to decide allocation of cases and setting up of benches".
« Back to LIVE