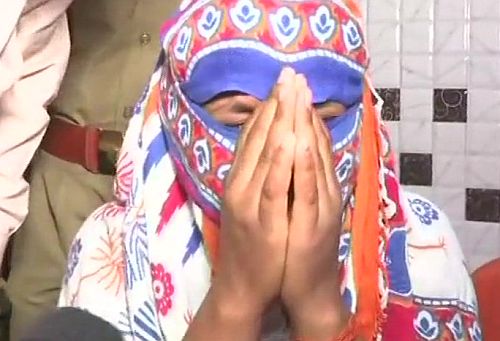 After the Uttar Pradesh government decided to hand over the probe into the Unnao rape case to CBI on Wednesday night, the rape survivor expressed her apprehensions and said the accused BJP MLA Kuldeep Singh Sengar must be arrested.


"Still so many questions are being raised on me, even after my father's murder. How will I get justice? CBI probe is fine but first MLA (Kuldeep Singh Sengar) should be arrested or he will influence the probe. I now fear for my uncle's (father's brother) life," the girl said.


The government has recommended a CBI probe into the death of the victim's father allegedly in custody on Monday.


The decisions were taken after the Special Investigation Team (SIT), constituted under additional director general of police (Lucknow zone), to look into the matter submitted its report to the government.


The development came hours after the Allahabad High Court sought the Uttar Pradesh government's stand on the incident on a letter to the court by senior lawyer Gopal Swaroop Chaturvedi detailing the case and posted the matter for hearing today.


The Supreme Court has decided to hear next week a plea for a CBI probe. The plea also alleged that the woman's father was tortured and killed in police custody. The wife of the accused BJP MLA, Sangeeta Sengar, had yesterday demanded narco tests of her husband and the 17-year-old girl.
« Back to LIVE