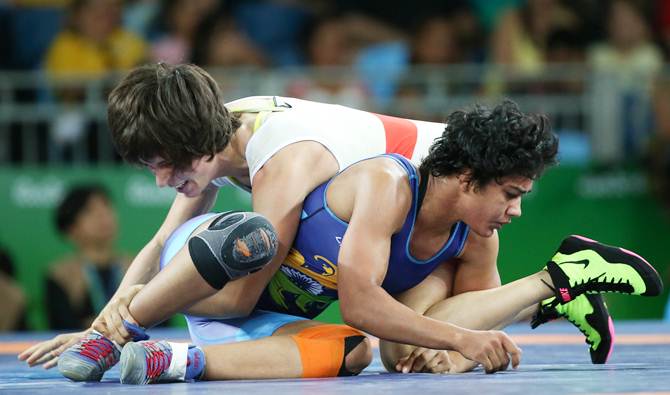 Defending champion Babita Phogat (53kg) settled for a silver medal at the Commonwealth Games after being out-manoeuvred by Canada's Diana Weicker in the summit clash here today. Babita, who claimed a silver in the 2010 edition before a gold in Glasgow, failed to break through her rival's defences, going down 2-5 in the contest. Her medal opened India's account in the wrestling competition of the Games. PTI
« Back to LIVE