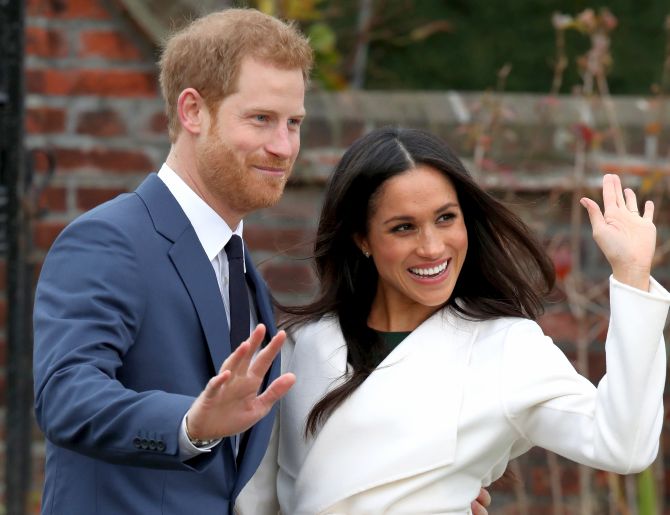 United States President Donald Trump and his predecessor Barack Obama will not attend the royal wedding of Prince Harry and Meghan Markle on May 19 as the couple have decided not to invite world leaders in their official capacities, US media reported today.
Harry, 33, fifth-in-line to the British throne, and Markle, 36, an American actress and humanitarian, are set to get married on May 19.
The royal couple have decided not to invite world leaders and political figures in their official capacities, Kensington Palace said.
CNN reported that a White House official confirmed that Trump and first lady Melania were not invited; neither was British Prime Minister Theresa May, Downing Street said.
A royal source said Barack and Michelle Obama, who are close to the couple, will not be at the wedding, the report said.
"It has been decided that an official list of political leaders -- both UK and international -- is not required for Prince Harry and Ms. Markle's wedding," a Kensington Palace spokesman said.
"Her Majesty's Government was consulted on this decision, which was taken by the royal household."
Unlike the wedding of the Duke and Duchess of Cambridge in 2011, this royal wedding is not an official state occasion and is regarded as a private ceremony, so there is no onus on the couple to invite political leaders.
CNN said that some world leaders may be invited on the basis of their personal relationships with Harry and Meghan.
The ceremony, which will take place in St George's Chapel at Windsor Castle, is being held in a much smaller venue than Westminster Abbey, where Harry's older brother, Prince William, married Kate Middleton. -- PTI
« Back to LIVE