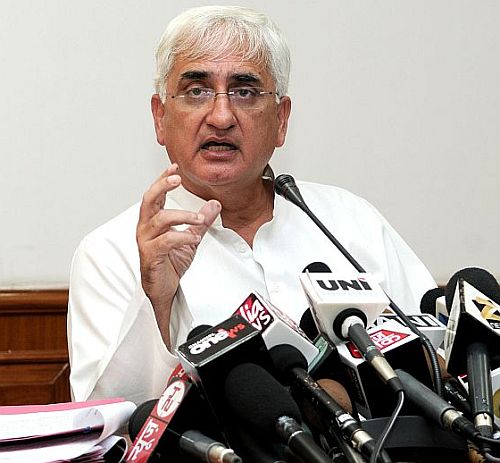 With just a year left to go for general elections in India, senior Congress leader Salman Khurshid says the "unravelling" of the ruling Bharatiya Janata Party has begun and the popularity wave on which it came to power in 2014 is waning. Against the backdrop of the Dalit protests, the farmers' agitation and high profile fraud cases, he said "we need to look at whether with this performance should (the BJP) be coming back" to power in 2019.


"On that the clear answer is a no."
"I think that the unravelling of the BJP has begun and frankly I wouldn't be complacent but I think they have a very, very, very tough 2019," Khurshid told PTI.


The former Minister of External Affairs was in the city to address the 14th Annual India Business Conference at Columbia Business School hosted by the South Asia Business Association at the school. He said that there are "many big questions" about "social disharmony" in the country.


"It is very clear that the popularity wave on which they came to power in 2014 is no where near where it was in 2014. That is more than clear but it hasn't waned completely," he said.


Khurshid added that UPA chairperson Sonia Gandhi is working very hard for a combination of parties coming together for the 2019 elections. "It is work in progress but I think we shouldn't get complacent too soon." In his address to the conference, attended by students, academicians, entrepreneurs and executives, Khurshid said the problem in India today is that people have been given a lot of promises but governments have not been able to deliver on those promises. -- PTI
« Back to LIVE