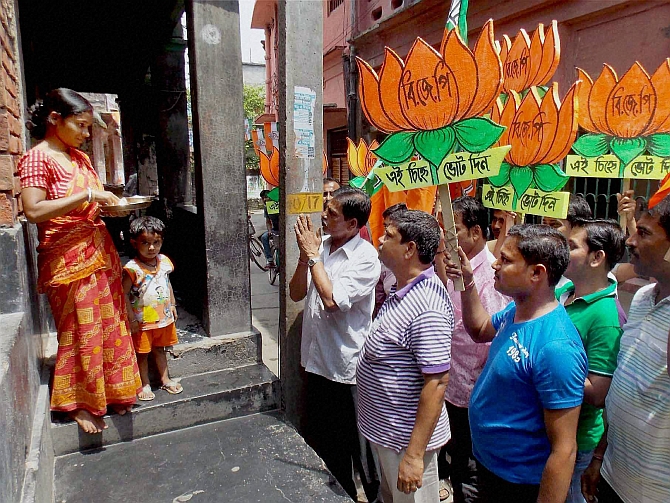 The Supreme Court today refused to extend the last date for the filing of nominations for panchayat polls in West Bengal, saying it could not interfere with the election process. The top court, however, granted liberty to all candidates to approach the West Bengal State Election Commission for appropriate relief.


"We have not interfered with the election process but we have granted liberty to all candidates to approach State Election Commission today itself for necessary relief," a bench of Justices R K Agrawal and A M Sapre said.


The BJP had on March 6 told the apex court that "democracy is being murdered" in West Bengal as the ruling Trinamool Congress was engaged in large scale poll violence and not allowing its candidates to file nominations for the upcoming panchayat polls. It had also alleged that the assistant panchayat electoral registration officers appointed by the West Bengal State Election Commission were refusing to give nomination forms to BJP candidates.


The West Bengal unit of the Bharatiya Janata Party sought availability of nomination papers online, extension of the last date for filing these papers and deployment of paramilitary forces in the state in the run-up to the polls scheduled in the first week of May.