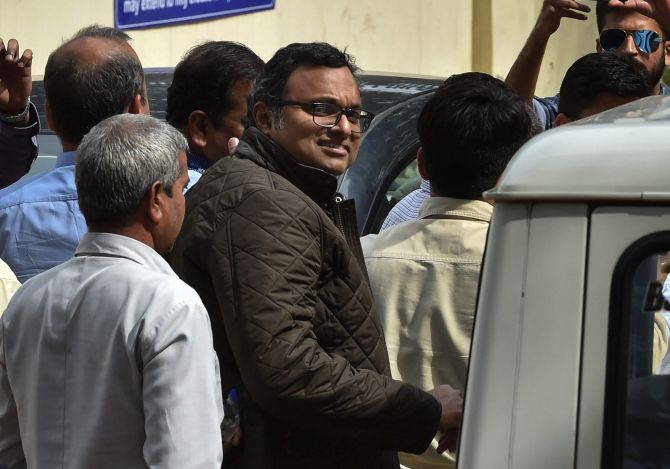 The Supreme Court will on Monday hear the plea filed by Enforcement Directorate against Karti Chidambaram, in the INX media money laundering case.


In a March 26 hearing, the apex court extended the interim protection of Karti from March 26 to April 2.


Earlier, the apex court granted interim protection to Karti from arrest by the ED in connection with the case.


On February 28, Karti was arrested at the Chennai airport on his return from the UK for his alleged role in facilitating Foreign Investment Promotion Board clearance for INX Media Ltd and its directors, Peter and Indrani Mukerjea.


Karti allegedly took service charges for getting the clearance to INX Media for receiving funds from abroad worth Rs 305 crore in 2007 when his father P Chidambaram was the Union finance minister in the Congress-led UPA government. -- ANI
« Back to LIVE
Business emailOffice email AppDomain registrationWebsiteRediffmailMoneyCompany emailOnline ShoppingBooksGiftsVideosBlogsBuzz