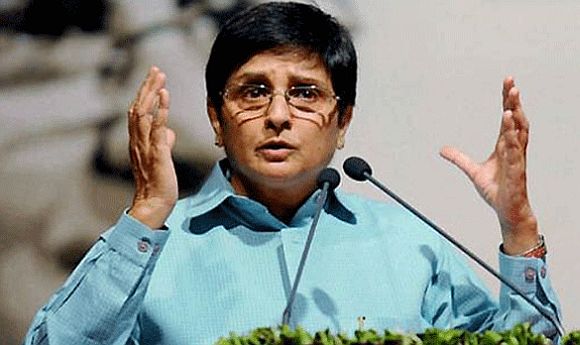 Bedi said that she had also directed the Puducherry government to file an interlocutory petition before the Supreme Court to press for the demand of the Union Territory for the CMB forthwith.

As per the February 16 Supreme Court order, Tamil Nadu, Karnataka, Kerala and Puducherry would be annually entitled to get 404.25 tmcft, 284.75 tmcft, 30 tmcft and 7 tmcft of Cauvery water respectively.

Bedi said that the agricultural operations in Karaikal, an enclave of Puducherry in Tamil Nadu, depended on the water from Cauvery river.

The area under cultivation had drastically reduced in the past due to shortage of water affecting the livelihood of farmers and farming labourers in Karaikal, she said.

The former IPS officer said that she had given approval to the Puducherry administration to file an interlocutory petition before the apex court 'to expedite the process of constitution of CMB and CWRC' so as to ensure the livelihood of the farmers of the Karaikal region.

Bedi requested the prime minister to direct the concerned ministry to constitute the CMB and CWRC forthwith without further delay.

In a separate message through WhatsApp to media persons, the Lt Governor said that 'there is no conflict of interest' between the Centre and the Puducherry government in protecting the interests of the farmers in the union territory.  -- PTI
« Back to LIVE