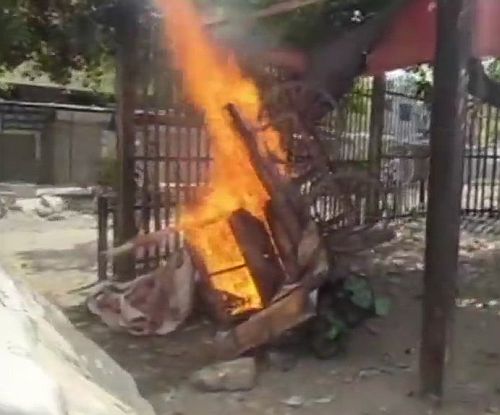 
Various Dalit organisations have called for a nationwide shutdown to protest against the Supreme Court's ruling on amendments under the Scheduled Castes and Scheduled Tribes (Prevention of Atrocities) Act 1989.


The National Democratic Alliance government has filed a petition seeking a review of the apex court's order diluting the provisions of the act that protects marginalised communities against discrimination and atrocities.


The apex court on March 20 had introduced the provision of anticipatory bail in the act while directing that there would be no automatic arrest on any complaint filed under the law.


Image: Curfew has been imposed in Morena after violence erupted over a bandh called to protest the amendments on the SC/ST Protection Act.
« Back to LIVE