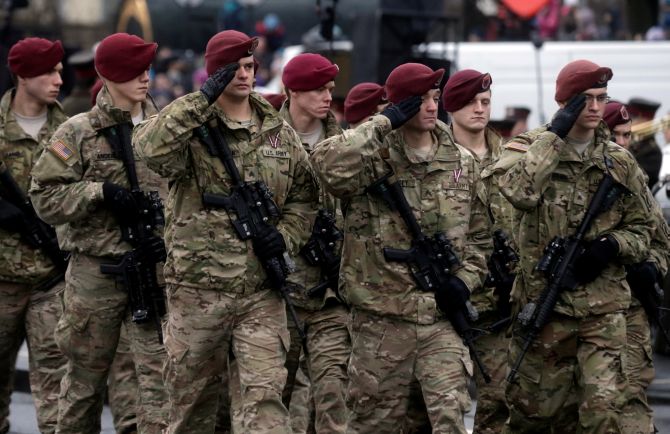 The United States will start allowing transgender people to enlist in the military from January 1.

According to local media reports, the US Department of Justice withdrew its legal challenge to several federal court rulings that blocked the President Donald Trump from banning transgender people from enlisting in the US armed services.

Pentagon spokeswoman Heather Babb said in a statement that 'as mandated by court order, the Department of Defense is prepared to begin accessing transgender applicants for military service Jan. 1. All applicants must meet all accession standards'.

Trump made an announcement about the ban on Twitter in July and followed through with a memo in August.

Four lawsuits were filed against the ban, and so far, judges in three of them have said the ban cannot take effect while the cases work their way through the courts.

The judge in the fourth has not yet ruled, the report said.Outlining how the military will process transgender recruits, the Pentagon issued a memo on December 8, specifying what documents will be accepted to prove gender identity and which underwear they will be required to wear.

There are an estimated 250 transgender troops currently serving the United StatesArmed Forces, according to the media reports.  -- ANI
« Back to LIVE