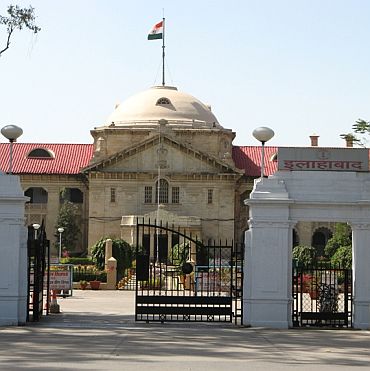 The Allahabad High Court on Thursday ruled by a majority verdict that the disputed land in Ayodhya be divided equally into three parts among Hindus and Muslims and that the place where the makeshift temple of Lord Ram exists belongs to Hindus.

The following is the verdict of the Lucknow Bench of the Allahabad high in brief:

Whether the disputed site is the birth place of Bhagwan Ram?

The disputed site is the birth place of Lord Ram. Place of birth is a juristic person and is a deity. It is personified as the

spirit of divine worshipped as birth place of Lord Rama as a child. Spirit of divine ever remains present every where at all times for any one to invoke at any shape or form in accordance with his own aspirations and it can be shapeless and formless also.

Whether the disputed building was a mosque? When was it built? By whom?

The disputed building was constructed by Babar, the year is not certain but it was built against the tenets of Islam. Thus, it cannot have the character of a mosque. 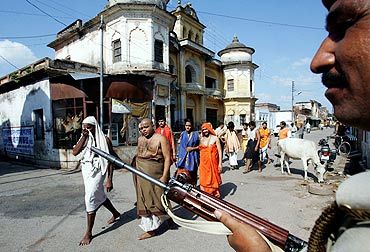 Whether the mosque was built after demolishing a Hindu temple?

The disputed structure was constructed on the site of old structure after demolition of the same. The Archaeological Survey of India has proved that the structure was a massive Hindu religious structure.

Whether the idols were placed in the building on the night of December 22/23rd, 1949?

The idols were placed in the middle dome of the disputed structure in the intervening night of 22/23.12.1949.

Whether any of the claims for title is time barred?

U.P., Lucknow and others Vs. Gopal Singh Visharad and others and O.O.S. No.3 of 1989, Nirmohi Akhara and Another Vs. Sri Jamuna Prasad Singh and others are barred by time. 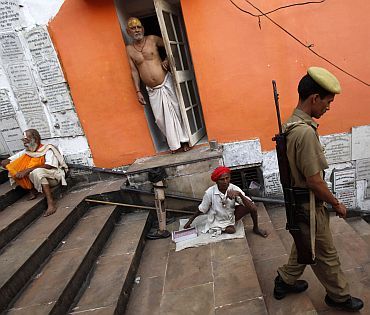 What will be the status of the disputed site e.g. inner and and outer courtyard?

It is established that the property in suit is the site of Janm Bhumi of Ram Chandra Ji and Hindus in general had the right to worship Charan, Sita Rasoi, other idols and other object of worship existed upon the property in suit. It is also established that Hindus have been worshipping the place in dispute as Janm Sthan i.e. a birth place as deity and visiting it as a sacred place of pilgrimage as of right since time immemorial.

The judges have also said that the status quo should be maintained at the site for three months. The full judgment runs into 8,000 pages. 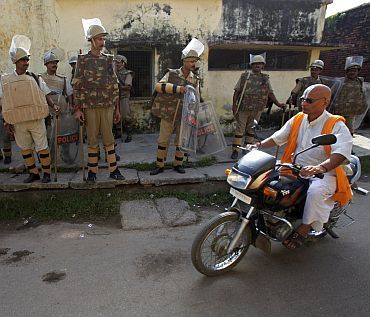 Zaffaryab Jilani, a lawyer for the Muslim community, said he would appeal the verdict, which could delay a final decision in the case for years.

"It's not a victory or defeat for any party. It's a step forward. We hope this matter will be resolved," he said.

Hearing in the case was taken up on a day-to-day basis from January this year and was completed on July 26. The special bench had reserved its verdict asking the parties concerned to approach the Officer on Special Duty in the case to find out if there was any scope of resolution in the case through reconciliation.

The three main issues before the high court were whether there was a temple at the disputed site, prior to 1528, whether the suit filed by the Sunni central waqf board in 1961 is barred by limitation and whether Muslims perfected their title through adverse possession.

The history of the dispute goes back to the year 1528 when a mosque was built on the site by Mughal emperor Babar. Hindus believe that the site was the birthplace of Lord Ram and a temple had existed there earlier. 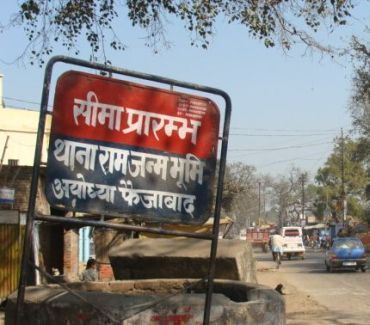 In order to settle the dispute, the British officials in 1859 erected a fence to separate the places of worship, allowing the inner court to be used by Muslims and the outer court by Hindus. This system went on till 1949 when an idol of Lord Ram surfaced inside the mosque.

The authorities then declared the premises a disputed area and locked the gates, which were unlocked after 37 years by a district judge in 1986 to allow darshan.

With the passage of time the dispute took on political colour. The Babri Masjid was demolished in 1992 in the presence of senior leaders of the Vishwa Hindu Parishad, the Shiv Sena and the Bharatiya Janata Party.

The demolition of the mosque triggered communal riots in several parts of the country in which more than 2,000 lives were lost.

The high court verdict assumes significance as an amicable solution to the centuries old dispute over a piece of land has not been achieved through negotiations between the two religious groups. 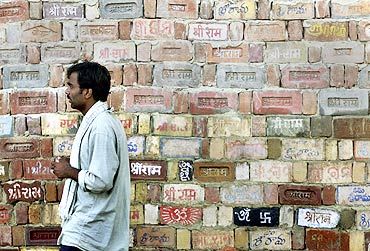 Repeated attempts were made by former prime ministers P V Narasimha Rao, V P Singh and Chandra Shekhar to persuade the two sides to reach a compromise but there was no success.

The Ayodhya dispute has been an emotive issue for decades and mired in a slew of legal suits involving Hindu and Muslim religious groups.

The first title suit in the case was filed in 1950 by one Gopal Singh Visharad, seeking an injunction to permit pooja (worship) of Lord Ram at the disputed site. The second suit was filed by Paramhans Tamchandra Das, also in 1950, seeking the same injunction, but it was later withdrawn.

The third suit was filed in 1959 by the Nirmohi Akhara, seeking a direction to hand over the charge of the disputed site from the receiver. The fourth one was filed in 1961 by the Uttar Pradesh Sunni Central Board of Waqfs for declaration and possession of the site. 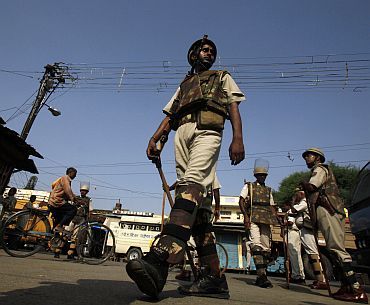 The fifth suit was moved on July 1, 1989 in the name of Bhagwan Shree Ram Lalla Virajman, also for declaration and possession.

Through an application moved by then advocate general of UP, all the four suits were transferred to the high court in 1989.

Out of the 94 witnesses in court, 58 appeared from the Hindu side and 36 from Muslim side and their statements run in more than 13,000 pages.

Earlier this month, R C Tripathi, one of the parties to the suit, moved a plea in the high court seeking deferment of the verdict to make fresh attempts for an out-of-court settlement through negotiations.

On September 17, the high court refused to defer pronouncement of the verdict, following which the matter reached the Supreme Court.

An apex court bench of Justices Altamas Kabir and A K Patnaik refused to take up the case and referred it to another bench.

Difference of opinion between two Justices R V Raveendran and H L Gokhale, before whom the matter came up for hearing on September 23, surfaced on entertaining the petition. However, the court issued notices to the parties.

The matter was finally heard by a special three-judge bench headed by Chief Justice of India S H Kapadia on September 28 and it dismissed the plea for deferment of the verdict by the high court.