US thumbs up for China is 'dangerously naive' 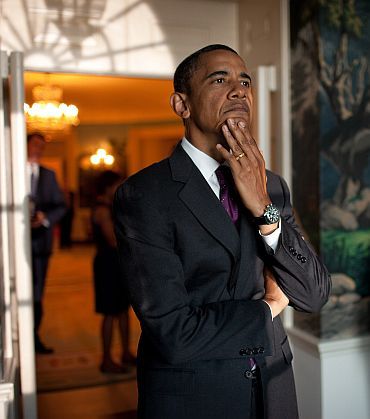 Leading South Asia experts have pilloried United States President Barack Obama's administration for assigning a major role for China in South Asia even as it acknowledged India's sensitivities over such an involvement by Beijing.

Lisa Curtis, director of the South Asia programme at The Heritage Foundation, told Rediff.com, "The Obama administration came into office with the goal of encouraging China to play a constructive role in helping to stabilise Afghanistan and Pakistan. Instead, China appears to be pressing forward with plans to construct new nuclear reactors in Pakistan, despite reservations from the US and other members of the Nuclear Suppliers Group, and is taking a more assertive position with regard to its own territorial claims in the region."

Curtis, an erstwhile South Asia analyst for the Central Intelligence Agency, noted: "China is putting pressure on India on their border disputes, and increasingly taking steps that call into question Indian sovereignty over the states of Jammu and Kashmir and Arunachal Pradesh, and also China's refusal last month to grant a visa to an Indian general (Lieutenant General B S Jaswal) in charge of the Northern Command, which includes parts of Kashmir, was seen in New Delhi as one more sign China is intent on asserting its influence in South Asia in a way that seeks to intimidate India."

"In this light," she reiterated, "Deputy Secretary of State James Steinberg's comments that paint a picture of a benign Chinese role in South Asia come across as dangerously naive to those sitting in India."

'China has been nothing short of provocative towards India' 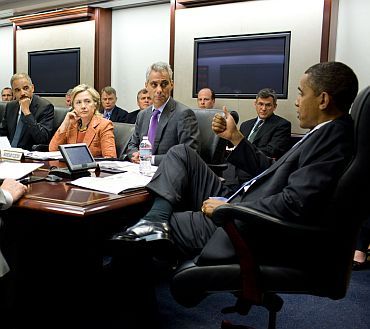 Curtis said Washington "had hoped Beijing would use its long-standing ties to Pakistan to work in tandem with the US in encouraging Islamabad to crack down consistently and comprehensively on terrorists operating on its territory," but had not done so, even though China "has shown concern in the past about Uighur separatists training in Al Qaeda camps in Pakistan's tribal border areas."

China, she added, "prefers to deal with Pakistan on a strictly bilateral basis on these issues and has shown little enthusiasm for working in tandem with US officials on this issue."

"China, " she pointed out, "has been nothing short of provocative over the past several weeks towards India," and in echoing Curtis's sentiments, also pointed to the denial of a visa to General Jaswal "because he headed up troops in Kashmir which China considers a disputed territory, to the presence of 11,000 Chinese troops in Pakistan's side of Kashmir."

"Given this backdrop," Ollapally argued, "giving the Chinese a US stamp of approval for their activities in South Asia at this point shows a real lack of concern for India's difficult position." 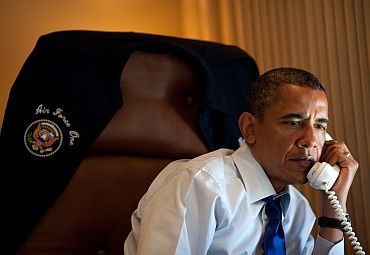 "Granted, Steinberg balanced his comment with a nod to India's role in East Asia," Deepa Olapally said, "but India's role remains theoretical and frankly still far out into the future, whereas China is already on the ground in South Asia."

"I think New Delhi would be completely justified in getting bent out of shape," Ollapally added.

Steinberg, in his remarks at a conference at the Woodrow Wilson Centre for International Scholars in Washington, DC, on Monday, had said just as much as China had a role in South Asia, the US saw a role for India in East Asia.

Steinberg said the dialogue that Campbell had with his Indian counterparts was because 'We see India as an East Asia country. We engage with them on issues like North Korea and the like because we think of the importance that India plays.'

Is Obama aware of Indian sensitivities? 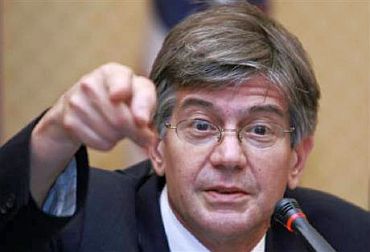 Steinberg said in terms of the evolving order in East Asia, 'one of the elements of it is that we think India's a key part, and we think the institutions should reflect that because we think that India has both an important interest and a lot to contribute to the common interest there.'

Walter Andersen, who for the last several years of his tenure headed the State Department's South Asia division of the Intelligence and Research Bureau, told Rediff.com, "Steinberg was asked a question difficult for a senior government official to answer and he gave predictably a highly ambiguous answer at a very high level of generality."

"His bottom line was that 'We welcome a constructive involvement by China,' which is hard to criticise because it says so little," Andersen, now associate director of the South Asia Department at the Johns Hopkins University's School of Advanced International Studies, said.

Contrary to the opinion of others, Andersen added that "this administration is well aware of Indian sensitivities on the subject and Steinberg balanced his statement about involvement of China in South Asia with his view that India should be involved in East Asia and that the US was talking to India at the highest level about matters involving East Asia."

What Steinberg left out in his answer 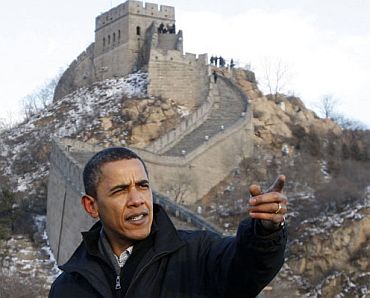 But Andersen acknowledged that "he (Steinberg) left out in his answer, Chinese involvement in the region that the US -- and certainly India -- does not find helpful, like the proposal of China to build nuclear fuelled electrical generating facilities in Pakistan without first soliciting the approval of the IAEA (International Atomic Energy Agency) and the NSG (Nuclear Suppliers Group), hurdles which India had to surmount to get the deal with the US."

He also felt Steinberg had ignored or glossed over "reports of Chinese troop presence in the northern areas of Pakistani Kashmir, and in fact, he did not get down to any specifics at all, and I am sure was deliberate. So, it was a very diplomatic answer."

"That said," Andersen argued that "the deputy secretary and other officials will need to be more careful in their choice of words on an issue of such importance to India as China's relationships with South Asia, especially before the president's visit to India in which he hopes for some major transformational agreements that will put the relationship on a higher level."

He said "this caution is especially important for any official document on the issue," and recalled that "the joint statement in China that the Indians found so offensive -- that is, about US and China working together on contentious issues in South Asia -- last year was probably drafted without much input from anyone who knew South Asia or India well -- and apparently without consulting with people who do."

'India is a major player in Asia, not just South Asia' 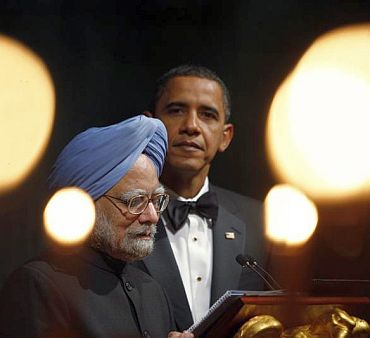 "Fortunately," Andersen said, "there is a highly respected Assistant Secretary of the South and Central Asian Bureau, Robert Blake, who knows India and the region very well, and can be relied on to make sure that the proper diplomatic language is used in official documents."

Teresita C Schaffer, another South Asia diplomatic veteran, also cut Steinberg some slack arguing that "the important thing about Steinberg's statement is that he emphasised India's role in East Asia, and more generally, in shaping the future of Asia."

"One of the most important developments in the administration's policy toward the region is its recognition that India is a major player in Asia, not just South but also East," she told rediff.com

Schaffer said that "as long as this wider concept of India's role is clear, I see no harm in acknowledging that it would be useful for China to encourage Pakistan along a more constructive path, and if you look at Steinberg's text, that's how I read it."