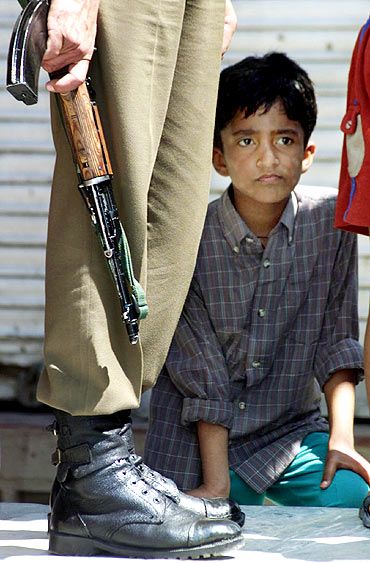 The Indian Army on Thursday asked Kashmiris not to pay heed to the call given by hardline Hurriyat Conference leader Syed Ali Shah Geelani to march towards the security forces' camps in the Valley on September 21 to press for demilitarisation of the state.

The spokesman even asked the Hurriyat Conference to withdraw its protest programme in order to prevent loss of life or property.

The army appeal comes a day after top security and civil officials met in Srinagar to devise a strategy to tackle the separatist programme for September 21.

A special core group meeting was chaired by security adviser to the chief minister Lt Gen NC Marwah, where measures were discussed to effectively counter the protest calendar issued by the Hurriyat. A detailed joint strategy was formulated to restore normalcy in Kashmir. 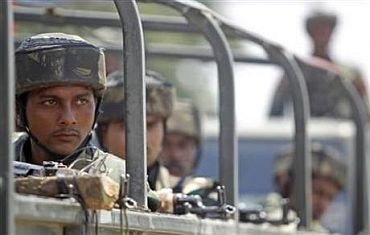 Although the spokesperson did not elaborate, highly placed sources said as part of the strategy, the security forces will reduce movement to avoid confrontation with protesters.

"The whole idea is not to be in confrontation with the crowds to avoid loss of life and property. Maximum restraint on part of the security forces was emphasised and all agencies concerned were directed to ensure that the message percolates to their personnel on ground," the sources said.

The meeting was held in response to the call given by Geelani to people to march towards the security forces' camps on September 21 to press for demilitarisation of the state.

Asserting that Army has been at the forefront of rescue and relief missions during natural calamities, Lt Colonel Brar said "army will continue to work for the safety, welfare and empowerment of the people".

'Hurriyat trying to create wedge between army and people' 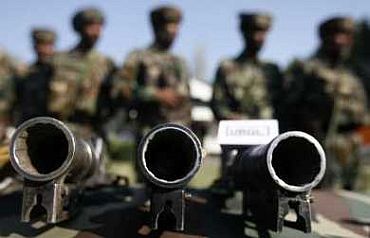 "The Hurriyat is indeed misleading the ordinary masses and trying to create a wedge between army and the people for its vested interests. People should avoid falling into the trap laid by Hurriyat leaders," he said.

The spokesman said the Hurriyat programme of protesting outside army camps was a deliberate attempt to embroil the army in the ongoing agitation and distract it from its primary role of guarding the borders and countering insurgency.

Meanwhile, Geelani told media persons at his residence that his programme is peaceful and there is no plan to attack the security forces camps.

"We only want to tell the forces that they will have to leave this land one day. The elders of the respective areas will lead the marches and hand over memoranda to the army personnel in this regard," he added.